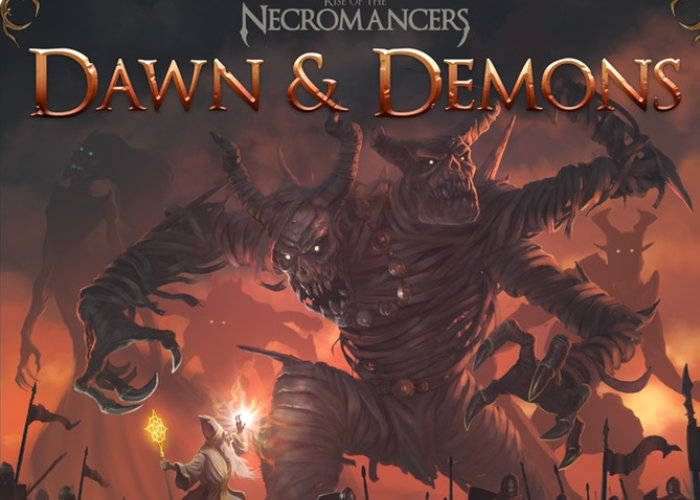 The first expansion for Rise of the Necromancers has been launched via Kickstarter this week in the form of Dawn & Demons which is now available to back with early bird pledges available from £28 and worldwide delivery expected during July 2020. Check out the promotional video below to learn more about what you can expect from the first expansion for the evil board game Rise of the Necromancers.

“Rise of the Necromancers, is an evil strategy game for 2-5 players, successfully funded on Kickstarter in 2017. In this wickedly twisted world, each player controls a Necromancer struggling for absolute dominance. Conquer cities, forge magic items, learn spells, explore dungeons and strive for the Academy Headmaster position… and of course deceive, sacrifice and destroy whenever necessary. And now, to make your Necromancer more evil than ever, Dawn & Demons has arrived. This first expansion for Rise of the Necromancers gives you the ability to summon and control powerful demons. “

For a full list of all available pledge options jump over to the official Kickstarter campaign page by following the link below.