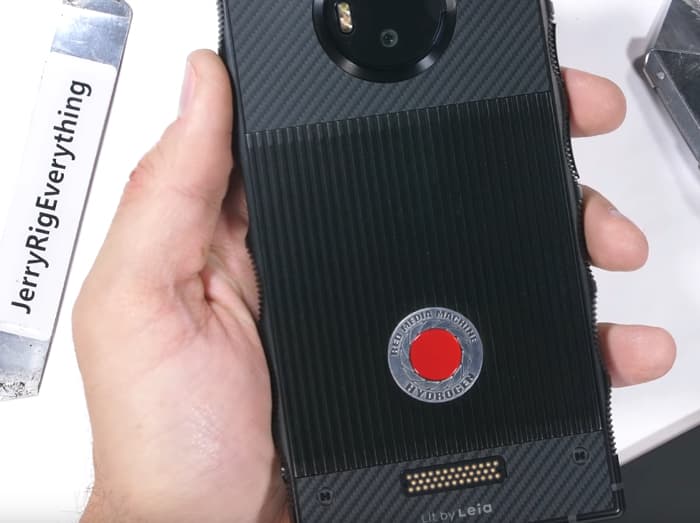 The RED Hydrogen One smartphone launched recently, it is one of the most expensive handsets available at the moment with a starting price of $1,300.

Zack from JerryRigEverything has managed to get his hands on the new RED Hydrogen One and has decided to put the device through its paces.

In the video below we get to see the new RED Hydrogen One smartphone put through a range of tests, these include a bend test, a burn test and of course a scratch test.

As we can see from the video the handset did fine in the scratch test with scratches appearing at levels 6 and 7, this is similar to the majority of the handsets available. The device also did well in the burn test and the bend test with virtually no flex in the bend test.