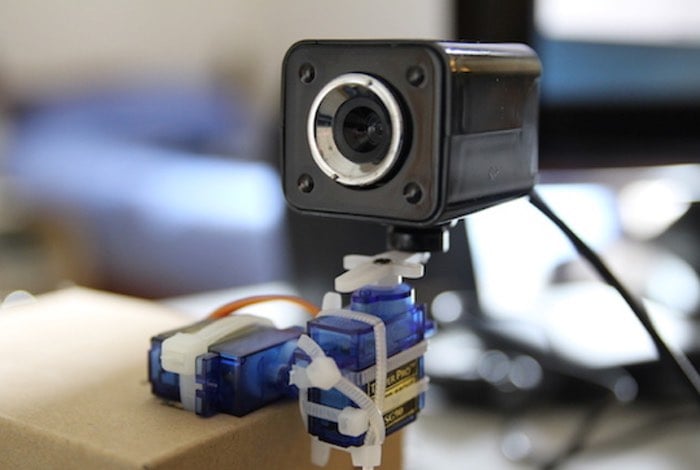 Electronics enthusiasts looking for a new project idea to keep them busy over the weekend and beyond might be interested in a new DIY pan and tilt camera which has been created using a Raspberry Pi mini PC which has been combined with an Arduino Uno, web camera and a pair of servos.

Check out the video below to learn more about this Raspberry Pi and Arduino camera unit that can be used to help provide surveillance in your office or home.

Although there are plenty of DIY surveillance cameras already out there, MakeUseOf has taken it to the next level with the ability to remotely control its view. This DIY pan and tilt camera uses a Raspberry Pi, an Arduino Uno, a pair of servos, and a USB webcam.

The Pi streams video to a webpage and adds a few buttons to move the camera. Due to the lack of the hardware PWM pins, the servos are controlled by the Arduino that is connected to the Pi. Meanwhile, a Python server handles the web interface and commands.

For more information on the new Raspberry Pi camera setup jump over to the MakeUseOf website for details by following the link below. If you enjoy building Pi projects you might be interested in our comprehensive list of Raspberry Pi displays, HATS and small screens.