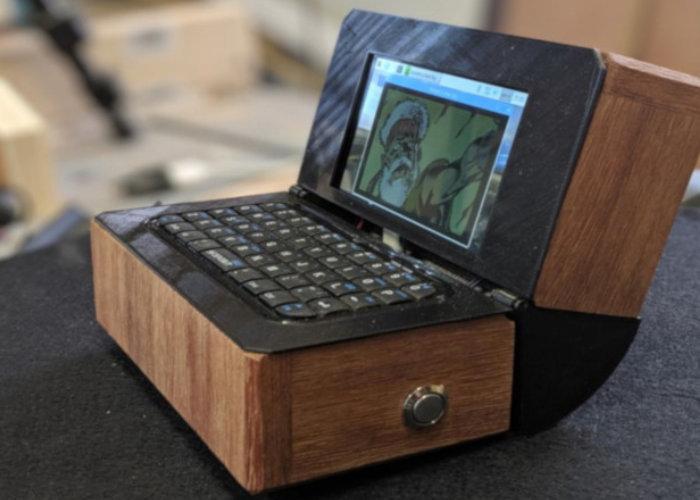 Makers and Raspberry Pi enthusiasts might be interested in this unique Raspberry Pi laptop fitted in a wooden enclosure and created by Instructables member MakeFailRepeat. Using a Raspberry Pi 3 mini PC combined with a HyperPixel 4.0 display offering users a resolution of 800 x 4 80 pixels the keyboard and display have been finished with a 3D printed surround and fitted in a fairly hefty wooden box enclosure. Check out the video below to learn more about the build.

“I was at MakersCentral in England recently and visited the @pimoroni stall and picked up a 4″ touchscreen for a Raspberry pi called the HyperPixel 4.0. It’s an 800x480px 4″ multi-touch screen. Thinking about a project to use it in quickly turned into this wooden laptop with a copper inlay. The UPS Hat has a 2200mah lipo battery and charging circuit which will allow me to switch from mains to battery seamlessly. This was attached to the power button and then to the power socked via a re-purposed Micro USB lead. The keyboard is a very small Bluetooth keyboard which has its own battery, however as I didn’t want to make the keyboard removable, I also attached it to one of the raspberry pi’s USB ports so that it always had power.”

For more details on the Raspberry Pi laptop project jump over to the official Instructables project page or the Hackaday website by following the link below.