You may remember a little while back in May of this year we featured a super small computer which was being developed by David Braben, a UK game developer. Braden was developing the Raspberry Pi to allow school children to enjoy computer programming in schools with their own PC.

Well the new Raspberry Pi $25 or £15 PC is now entering the final stages of development and is preparing to launch to the public very soon, with alpha boards arriving from the factory this week for testing. Watch a video after the break of Eben talking about the board and some of the hardware on it. 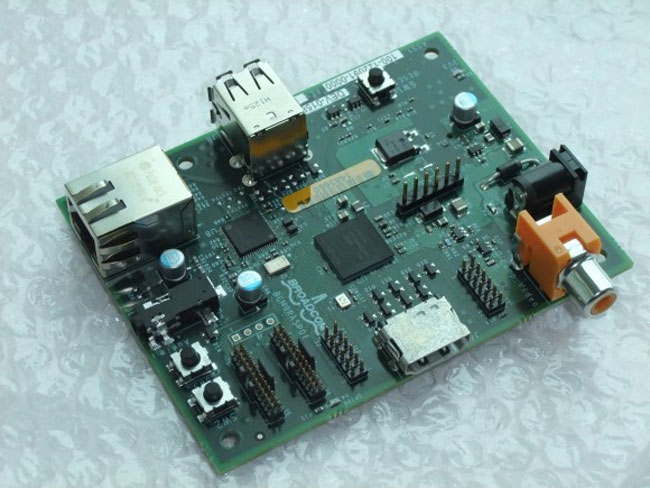 “The background howling is Mooncake, the Raspberry Pi Cat, and the horrible grinding sounds during the closeups are signals that I need a new video camera.”

Also check out the Raspberry Pi supercomputer that has been created using 64 Raspberry Pi computers and a bucket of Lego.