Some of our readers might still be waiting to get your hands on one Raspberry Pi computer, but when you do it might be worth while ordering a few more to build your very own Raspberry PI supercomputer.

Computational Engineers at the University of Southampton in the UK have built this awesome Raspberry PI supercomputer, using 64 Raspberry Pi min PCs and a bucket full of Lego pieces. 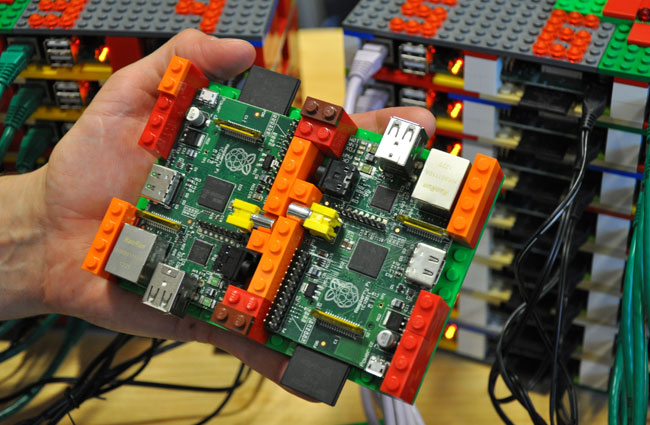 Professor Cox the teams lead engineer explains: “As soon as we were able to source sufficient Raspberry Pi computers we wanted to see if it was possible to link them together into a supercomputer. We installed and built all of the necessary software on the Pi starting from a standard Debian Wheezy system image and we have published a guide so you can build your own supercomputer.”

For more information jump over to the University of Southampton website for photos and details.