A new tiny USB computer called the Raspberry PI has been developed by David Braben a UK game developer and has been designed to provide a cost effect way to allow school children to enjoy computer programming with their own PC in school.

The Raspberry PI computer is a narrow stick device, fitted with a USB port on one end and a HDMI port on the other. In between the two ports sits its cpu and memory, provided by a 700MHz ARM11 processor supported by 128MB of RAM. The components of the Raspberry PI only cost around £15 ($25) and the system is capable of running Linux together with other Open Source operating systems. 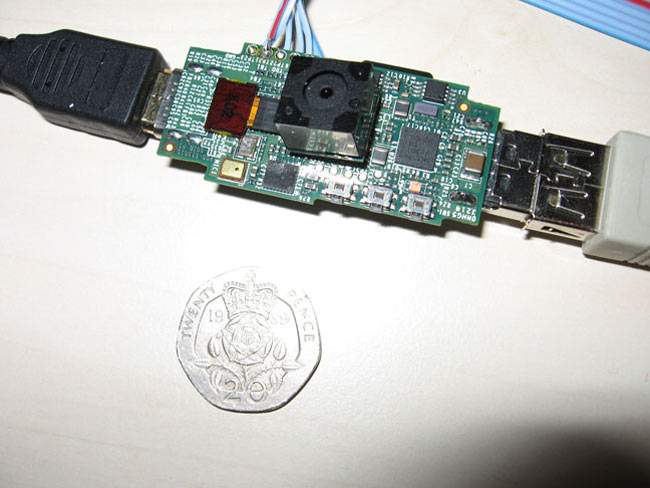 On board the Raspberry PI USB Computer the graphics side is handles by OpenGL ES 2.0 compatible graphics, and storage is provided by an SD Card slot, allowing storage to be increased as required. Other peripherals can be added to the tiny system to increase it uses and a 12 megapixel camera has been added to the one pictured above to enable video recording, photographs and video conferencing via software such as Skype.