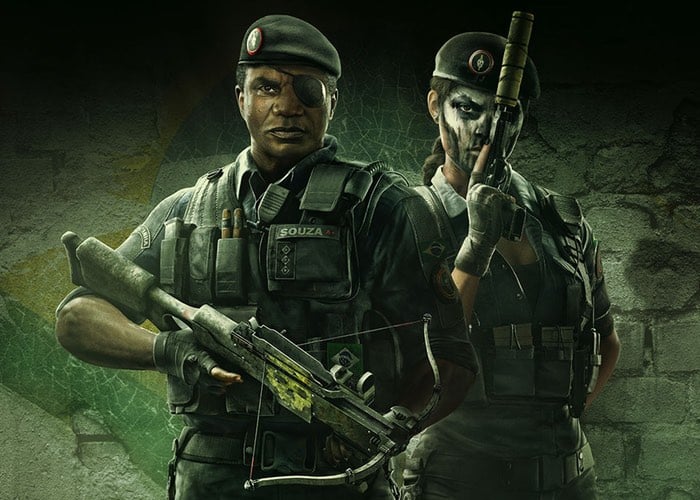 More details and a new trailer has been released today providing a look at the new operators, weapons, moves and tactics that will be included in the Tom Clancy’s Rainbow Six Siege Operation Skull Rain.

The Operation Skull Rain DLC includes two new Brazilian BOPE operators that can be used within The Favela, a new free map in the third content update of the Rainbow Six Siege game. Check out the new trailer below to whet your appetite further and learn more about all the new additions.

Team Rainbow has been called to pacify and regain control of the Favela. Two BOPEs stationed in the area have been enlisted to provide their tactical expertise of the terrain to Team Rainbow. Mixing colorful and narrow streets with high vantage points, this map supports exterior shell destruction which renders it as the most destructible to date. The new Favela map is available for free for all players.

Kick off the new Season with the four Skull Rain signature skins: Amazônia, Ceifador, Azulejos, the Piranha, and Skull Rain. These weapon skins are available in the shop exclusively for Operation Skull Rain. Visit the Shop section for more details.