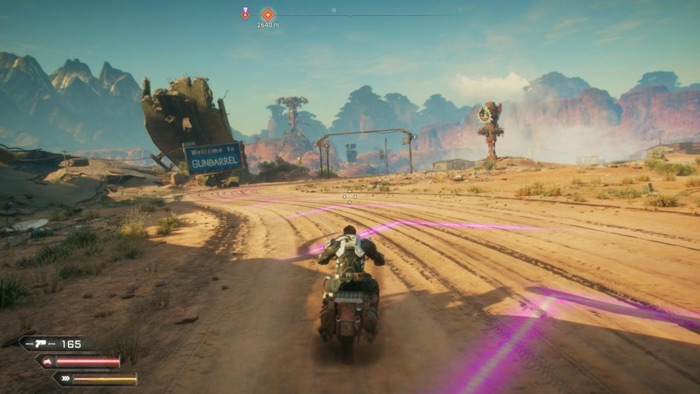 This new Rage 2 gameplay has been revealed by the team at Inside Xbox providing a quick glimpse at what you can expect from the upcoming new game developed by id Software and Avalanche Studios and set to be published by Bethesda Softworks next month. Rage 2 will be available on the PlayStation 4, Xbox One and PC systems from the 14th 2019 onwards. Offering a single player first person shooter and a direct sequel to the original Rage game released back in 2011.

Rage 2 takes place 30 years after the original game, and feature a cast of both new and existing characters, players assume control of ranger Walker, who is free to explore the game’s post-apocalyptic open world, and must survive in a world inhabited by dangerous mutants after it was hit by an asteroid.

“The majority of mankind died, with only a dreary wasteland left behind. While new settlements and factions emerged, in all this misery, a group called the Authority declared themselves as the new military power. On a hunt for the precious nano technology in order to consolidate their dictatorship.”

“In RAGE 2, you’ll dive headfirst into a dystopian world devoid of society, law, and order. You can go anywhere, shoot anything, and explode everything. The game brings together two studio powerhouses – Avalanche Studios, masters of open world mayhem and id Software, gods of the first-person shooter – to deliver a carnival of carnage.”