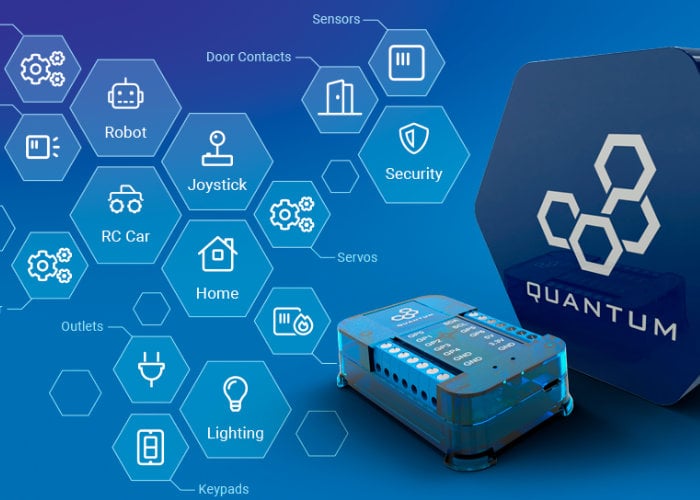 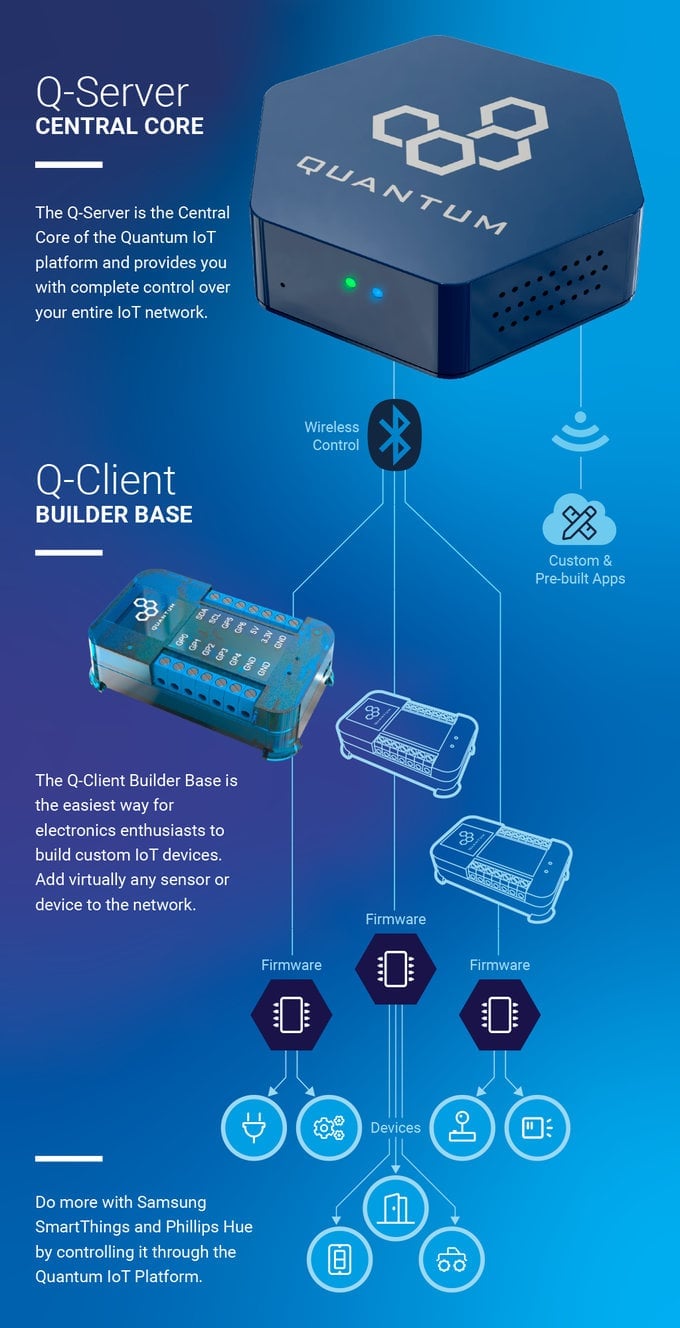 “Today’s hobby electronics are inexpensive, but have high barriers of entry. Platforms like Arduino require programming skills and often have limited networking capabilities. Are you tired of unsupported shareware libraries, limited apps, flaky hardware connections, complicated configurations, restricted expandability, and impractical or even non-existing IoT applications? All of that is about to be a thing of the past.

Building complex IoT projects can be quite frustrating. That’s why we designed our wireless hardware from the ground up, with a state-of-the-art user interface that enables you to easily create a network of connected electronic devices. If you’re an electronics enthusiast or maker with a love for wireless devices, the Quantum IoT Platform is for you.”

“Designed for novices and experts alike, anyone can build a powerful IoT network with the versatile power of multi-location projects, controlling anything from a remote temperature sensor to an automated home and even robots. Our workflow will already be familiar, but is now even simpler and easier. With Quantum, you don’t need to know programming. Our easy to use App Builder features drag-and-drop objects which are simple pre-made blocks of code that allows anyone, regardless of programming background to easily create their own application. “