QNAP has just unveiled its new range of network attached storage (NAS) for home and small business use. The new range  includes the QNAP Turbo NAS TS-112, TS-212 and TS-412 offering a massive total of 12TB to store your files and media on.

Each QNAP NAS server is powered by a Marvell 1.2GHz processor and is equipped with 256MB of DDRII RAM together with low power consumption as standard. The TS-x12 series includes the 1-drive TS-112, 2-drive TS-212, and 4-drive TS-412. 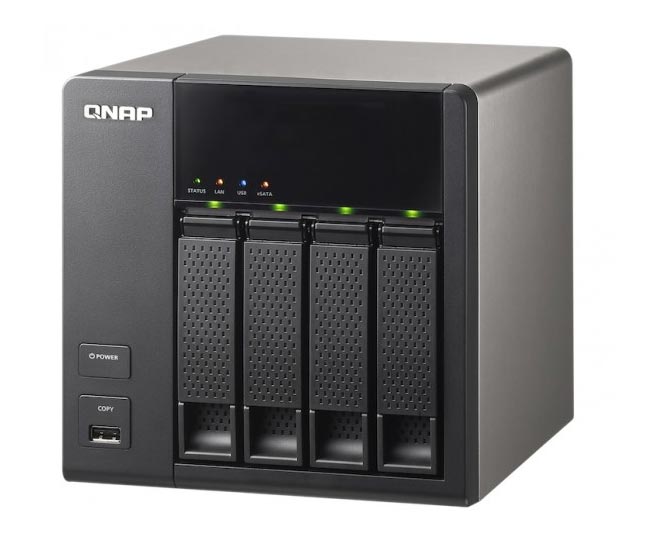 Users can even use their iPhone and Android phones to stream music and video or view digital photos stored on the NAS in real-time from anywhere they have a Wi-Fi or 3G connection.

The TS-x12 series will start shipping this month.