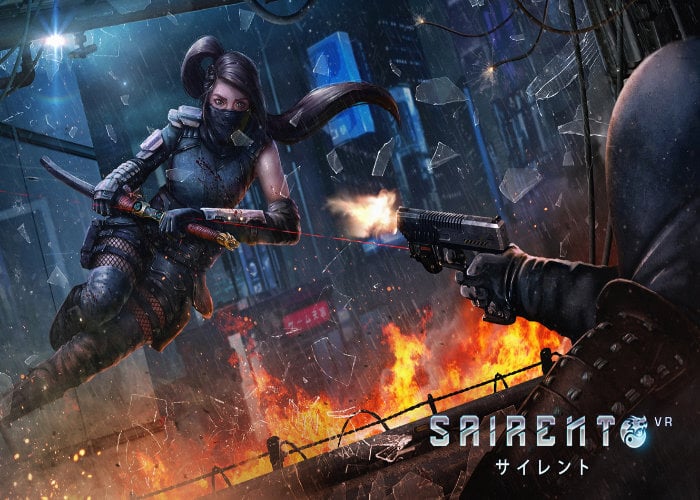 Check out the Sairento VR gameplay trailer below to learn more about what you can expect from the Sairento VR which launched on PC at the beginning of this year during January 2019. Sairento VR releases digitally and physically for the PlayStation VR platform throughout Europe on July 5th 2019.

Enjoy a little PlayStation VR Sairento gameplay with Ian Higton from the Eurogamer website, who explains. “You know that bit in The Matrix when Keanu Reeves goes, “I know Kung Fu!”? Well I had a few moments of realisation just like that during my first hands-on session with the PSVR port of Sairento VR”.

“Sairento VR takes players on a journey into the darkest possibilities of humanity’s high-tech future in the megacity of the Tokyo Cluster, 2066 AD. Players step into the shoes of Chieko Hatsuri, an experienced cyber ninja agent with the clandestine Sairento Organisation. For over ten years, Chieko has helped conduct political espionage and combat operations across the globe to ensure stability and security for Japan. However, in January 2066, a series of terrorist attacks in the Tokyo Cluster push Chieko and her handler Broke past breaking point, ultimately destroying Sairento from within and destabilising the entire developed world. “

Ian explains a little more about the comfort level you can expect while playing the virtual reality title. “Sairento VR sits on the ‘incredibly intense’ side of the VR comfort scale though, so bare that in mind if you’re new to the medium as I can imagine all that flipping, floating and falling causing some extreme nausea. For me, everything was fine and I felt no discomfort at all so if you’re experienced with VR and want to live out your Kill Bill, gun-fu fantasies, I couldn’t recommend this more.”