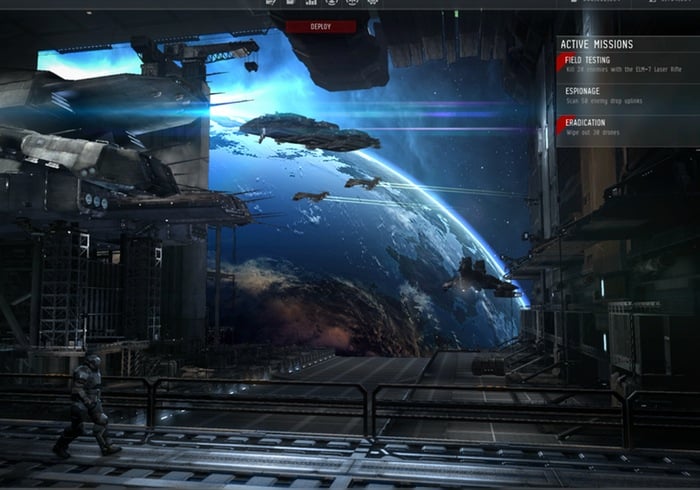 The CCP game studio behind the awesome Eve Online experience and new titles such as Dust 514 and the currently under development Eve: Valkyrie, that is being created to be used with the Oculus Rift virtual reality headset which was recently purchased by Facebook for a cool $2 billion.

Has this week announced they are considering launching a new game called Project Legion, which they have unveiled to their fan base for feedback. Explaining that their community of gamers will ultimately decide whether Project Legion becomes a full release project or is sidelined to develop other more interesting projects.

Unfortunately for CCP the unveiling of a new first person shooter has disgruntled fans and gamers that are currently playing their Dust 514 game. Which was released on Sony’s PlayStation 3 games console just under a year ago. The Polygon website explains :

“This response is indicative of the overall community reaction to the news of Project Legion, which has been largely negative. They want these features in the PlayStation 3 game they’ve been supporting since launch, and feel as if they’re been abandoned for the new PC title.”

Sean Decker is the VP of Product Development at CCP explains a little more about the new developments announced by CCP this month.

“At the end of the day we want to take the things we’ve learned from Dust, and yes it’s in the same IP, same place and all the rest of it, but we want to do some fundamentally different things with it that we feel we missed out on and that we didn’t do right,”

“And honestly, we didn’t make a great game to begin with. It has to be a great game. We did all of these things to try and, we tried to do too much honestly in terms of connecting it into the universe and there’s this MMO piece and all the rest of it, blah blah blah, as opposed to, ‘I have a blast second to second. I love this game second to second and I love it minute to minute, hour to hour, and so on and so forth.”