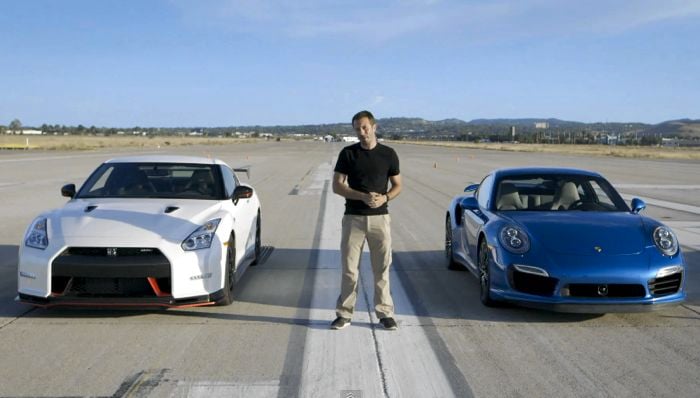 The guys from Motor Trend have put the new Porsche 911 Turbo S up against the Nissan GT-R Nismo in their latest ‘World’s greatest drag race video.

The race is really between the Porsche 911 Turbo and the Nissan GT-R Nismo, but they added in some more performance cars just for fun.

As you can see from the video the new Porsche 911 Turbo beat the Nissan GT-R Nismo, but not by much, it is interesting to see how some of the other cars perform as well, when they are all side by side.