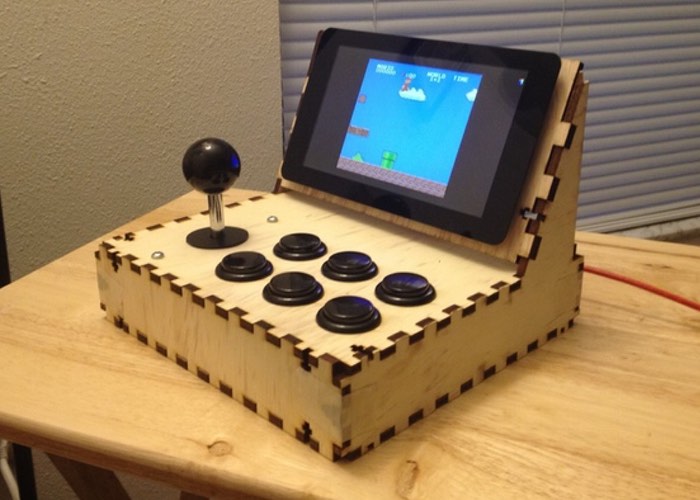 Shea Silverman has created a new do-it-yourself kit that allows you to transform your Raspberry Pi into a desktop arcade console.

The PiPlay DeskCade has been designed to support both PiPlay and RetroPie game emulation software, allowing users to enjoy thousands of retro, classic and modern video games all from one small console.
The Raspberry Pi desktop arcade console kit has been designed to use the new and official 7 inch Raspberry Pi display that was launched last month and is now available to purchase priced at around £50. Watch the video below to learn more. Silverman explains more :

You may remember me from my previous successful KickStarter: PiPlay!  The gaming distribution for the Raspberry Pi. My team and I are here to present the PiPlay DeskCade!  The DeskCade is a desktop arcade console that you get to build yourself.

The case is designed for the brand new official Raspberry Pi Display to be mounted to it, along with the Raspberry Pi board and connections on the back. We currently have a working prototype and the manufacturing know-how, but we need your help to bring the final version to life.

The PiPlay DeskCade project is currently over on the Kickstarter crowd funding website looking to raise $3,000 in pledges to make the jump from concept to production.