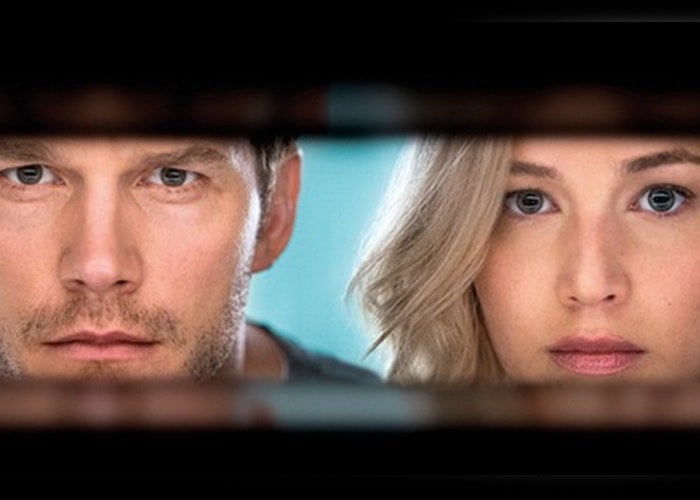 A new movie trailer has been released today for the upcoming science fiction film Passengers starring Jennifer Lawrence and Chris Pratt, that will be exploding onto theatre screens worldwide on December 21st, 2016.

The science fiction adventure film has been directed by Morten Tyldum and written by Jon Spaihts and takes place on the spaceship, Starship Avalon, on its 120-year voyage to a distant colony planet known as “Homestead II”.

Check out the official trailer below to learn more about the passengers that are stranded on the spaceship 90 years from their destination.

Jennifer Lawrence and Chris Pratt are two passengers onboard a spaceship transporting them to a new life on another planet. The trip takes a deadly turn when their hibernation pods mysteriously wake them 90 years before they reach their destination. As Jim and Aurora try to unravel the mystery behind the malfunction, they begin to fall for each other, unable to deny their intense attraction… only to be threatened by the imminent collapse of the ship and the discovery of the truth behind why they woke up.