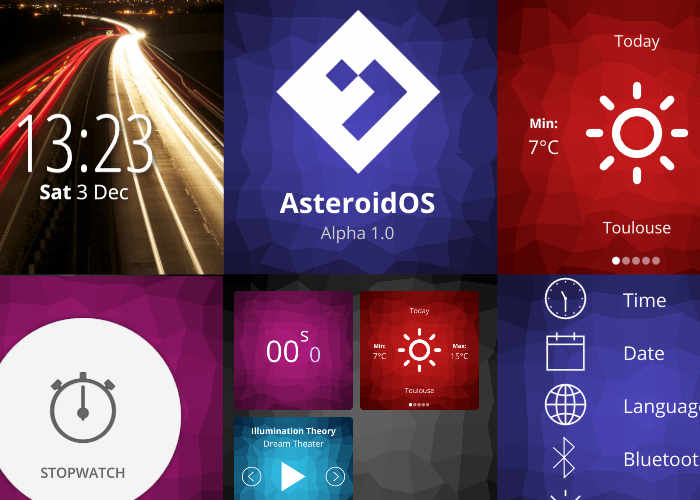 Offering a free and open source alternative which provides more control over privacy as well as offering a number of unique features and of course an open source environment allowing developers to expand its functionality.

The new smartwatch operating system is also capable of breathing life into older hardware, and reviving some first-generation Android Wear smartwatches. The new operating system project was first unveiled back in January 2016 and now the first Alpha 1.0 build of AsteroidOS is now available to download. Check out the release video below to learn more about what you can expect from this new Android wearable operating system.

AsteroidOS is an open-source operating system for smartwatches. This video reflects the state of AsteroidOS as of the release Alpha 1.0 on the LG G Watch.

For more information on the new AsteroidOS jump over to the official website for details by following the link below.