After numerous leaks and teasers the new highly anticipated OnePlus One smartphone has today finally being officially launched complete with specification and pricing options.

The new OnePlus One mobile phone was unveiled in China and is equipped with a magnesium casing creating a weight of just 162g. The OnePlus One is powered by 2.5GHZ Snapdragon 801 processor which is supported by 3 GB of RAM. 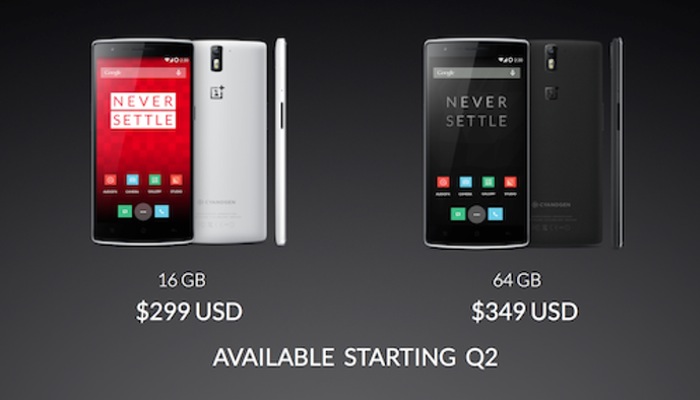 The OnePlus One is fitted with a 5.5 inch screen and as easily explained is available with either 16 or 64 GB of on-board storage. Its also equipped with a 5 megapixel front facing camera for video calling, together with a 13 megapixel rear facing for video and photographs with a six lens configuration with an f/2.0 aperture.

The OnePlus One smartphone will be launching in Q2 2014 in the following markets worldwide : Austria, Belgium, Canada, Denmark, Finland, France, Germany, Hong Kong, Italy, Netherlands, Portugal, Spain, Sweden, Taiwan, UK and the USA. 100x OnePlus Ones will be first available through the Phone Smash campaign starting later this week on April 25th

For more information on the new OnePlus One smartphone jump over to the official Twitter feed for details.