The last time I talked about the HP TouchPad tablet that is coming soon was a week or so back. The tablet is tipped to hit Wal-Mart in June for $599 making it quite expensive. A new document turned up today from a leak that points to OfficeMax getting the TouchPad in July. The expected launch date is in June and OfficeMax is typically behind the schedule on new products so June could still be the official launch. 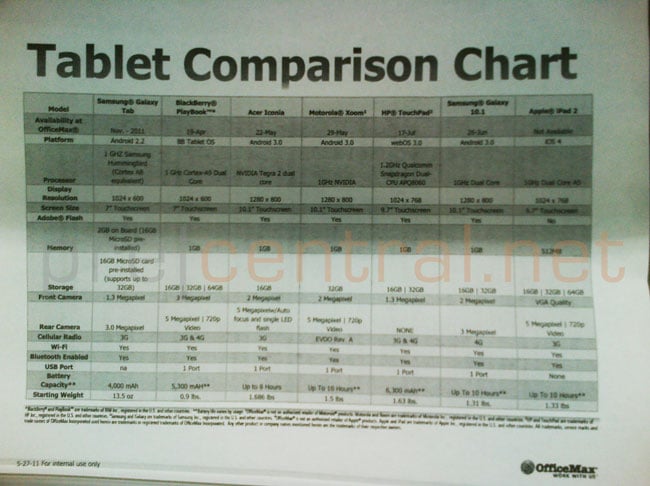 The interesting thing about the document is that it shows two versions of the TouchPad. One of the versions is listed as a 3G tablet, which we already know about. The other version is listed as a 4G tablet. It could be that the 4G is a mistake on the OfficeMax document since no rumors have surfaced of a 4G version before now.

However, it could be that a real 4G version of the tablet is coming. It could also be that one of the faux 4G tablets with the faster 3G networks that AT&T pushing is coming too. We will have to wait a while and see what the official launch announcement says.