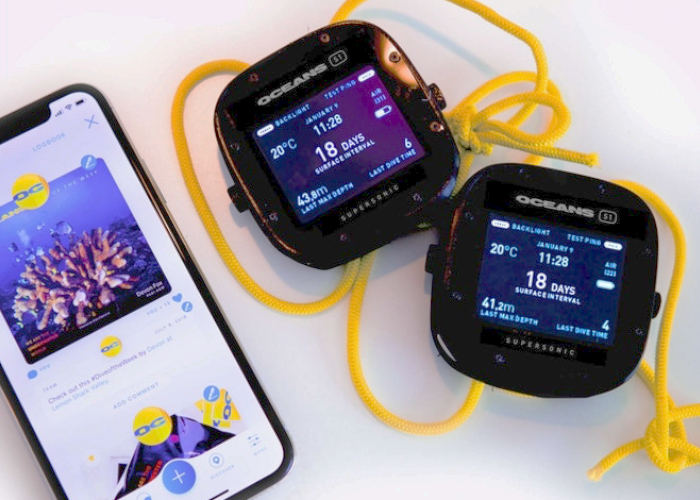 Team Oceans has created a new scuba dived computer complete with buddy communication system which they have launched via Kickstarter this week. With early bird pledges available from £250 offering a considerable 40% saving of the recommended retail price which will take effect once the campaign comes to an end. watch the demonstration video below to learn more about the Oceans S1 Supersonic dive computer and its features.

“Hand signals work well, but they’re hampered by one obvious caveat: the signals rely on divers looking at each other. But improving underwater communication is hard and radio waves used for communications on land fade out instantly under water. In addition to high-end features like a retina class color display, 3-axis digital compass, haptic feedback and wireless charging, we’re adding a new dimension to recreational dive computers — buddy communication. “

Features of the Oceans S1 Supersonic dive computer include :