The Nokia X6 is Nokia’s flagship music phone, and it comes with a wide range of features which include a touchscreen, but the mobile phones main focus is music, and it features Nokia’s ‘Comes With Music’ service which lets you download unlimited music to your phone.

With the phone you get a years free subscription to Nokia’s ‘Comes With Music’ service, which means you can download as many tunes as you want in that year and store them on your PC, when your subscription to the service ends the music is yours to keep, which is one of the great features of the service. 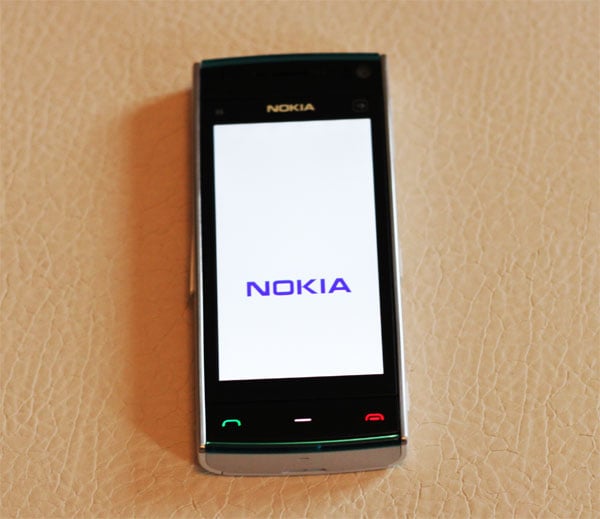 The Nokia X6 comes with a set of headphones, a charger, a micro USB cable that lets you sync your music with your computer and also some software. As you can see from the photo below it also comes in a rather large box. 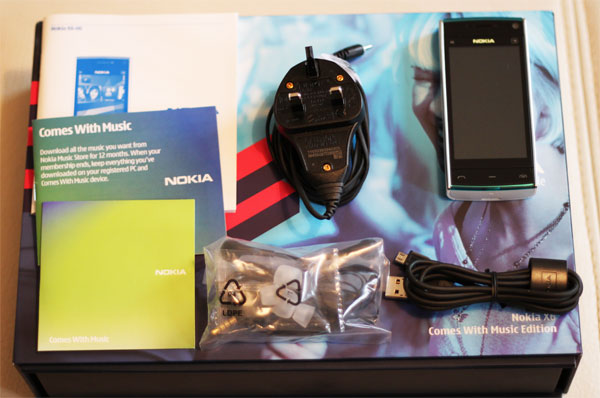 It features a 3.2 inch capacitive touchscreen display with a resolution of 360 x 640 pixels, the display is nice and bright, and clear and the colors are rich. The touchscreen works very well and it is easy to navigate around the various sections of the phones menu, and use the phone as well as browsing the web.  The built in accelerometer function also works well. 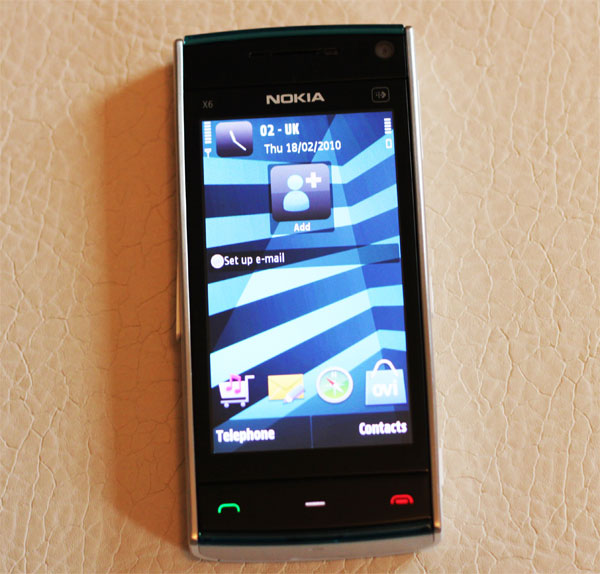 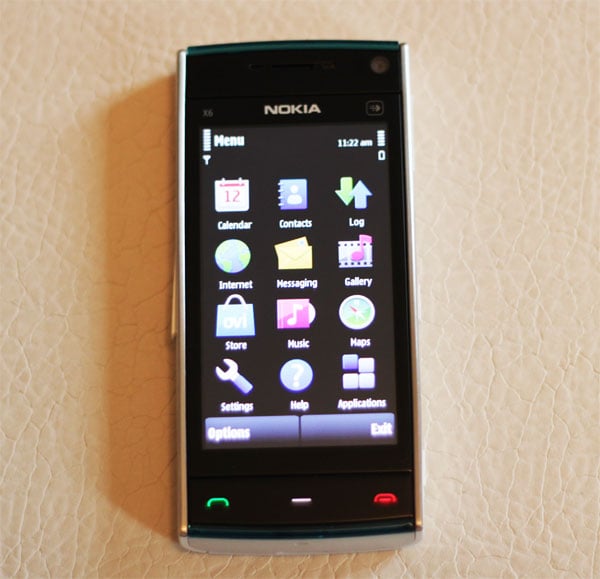 Specifications wise, the Nokia X6 comes with 128MB of RAM, and 32GB of storage, which is plenty to store all your music you have downloaded from the comes with music service. It features built in 802.11b/g WiFi, plus a micro USB slot so you can hook it up to your computer, and of course a 3.5mm audio jack. 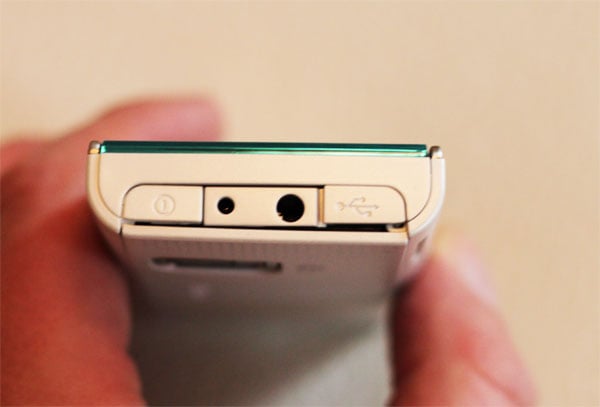 The camera on the Nokia X6 is pretty good, it should be considering it features a Carl Zeiss lens with built in autofocus and a dual LED flash, and it does a pretty reasonable job of taking snaps for a mobile phone. 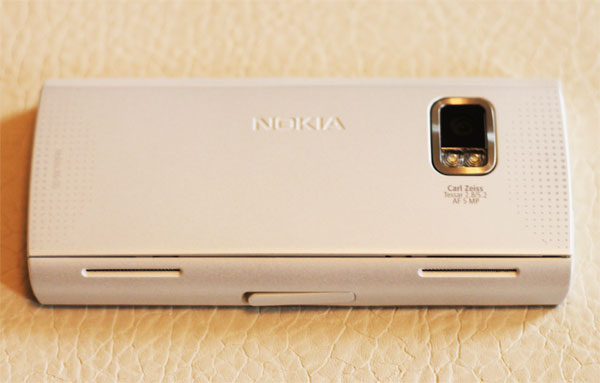 The camera is also capable of recording video in VGA at 30fps, the video worked pretty well and it was also reasonable quality, and pretty decent quality for a mobile phone.

Other features built into the Nokia X6 include an FM radio with RDS, the sound is good and it is a nice feature to have on the phone. The X6 will play a wide range of music formats which include MP3, AAC+, eAAC and WMA.

The Internet works well on the X6 and the browser is pretty good and it comes with Flash support which is always a plus, and it has a number of Internet based applications pre-loaded like Facebook and MySpace, there are also other applications that can be downloaded from the Ovi App store. 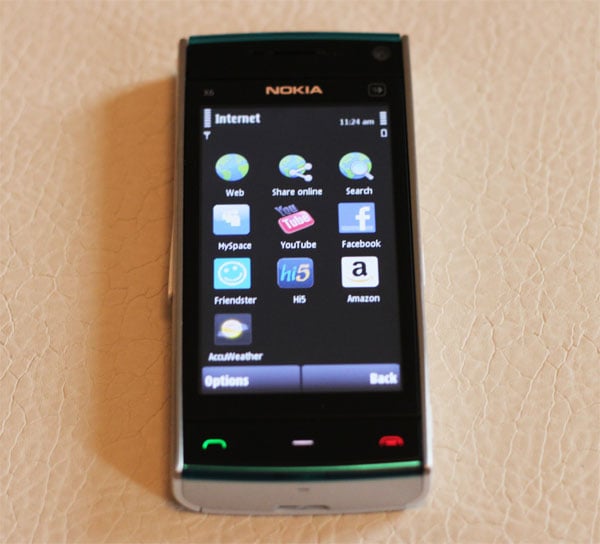 The Nokia X6 features a Li-ion 1320 mAh battery which is designed to give you around four hundred hours of standby time, about eight and a half hours of talk time and up to thirty five hours of music playback, which seems pretty impressive, although we didn’t have enough time to test the battery fully.

Overall the Nokia X6 is a decent touchscreen mobile phone, don’t get me wrong it is no iPhone killer, but the phone is still pretty good, it has a nice user friendly user interface, and has a good range of features and a very good camera.

The thing that sets the Nokia X6 apart from the crowd, is the comes with music feature, being able to download unlimited songs for a whole year is a big plus, and if you are a music fan who likes a wide range and a lot of music then I would definitely recommend looking at the Nokia X6. 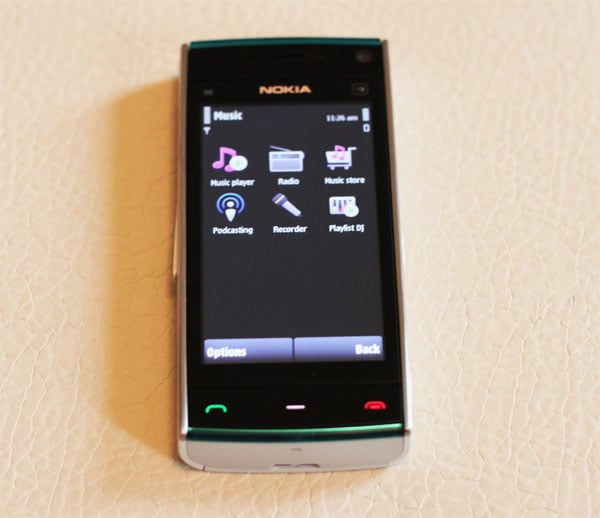 Nokia have very kindly given us a Nokia X6 Comes with Music Phone to give away in next weeks contest, so make sure you check the site on Monday the 22nd of February for full details on how to win one.

You can find out more information about Nokia’s ‘Comes with Music service over at the Inside Nokia Music website.