We first heard about the Nokia Lumia 910 back in January, the device has yet to been announced by Nokia, but now it has popped up again, this time in Nokia’s developer tool.

The photo below shows the reference to the Nokia Lumia 910, and it was discovered by the guys over at Nokiapoweruser, we don’t as yet have an official specifications on the handset. 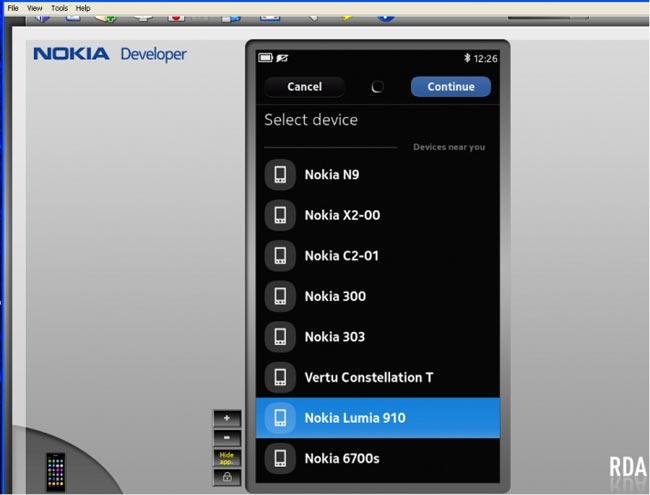 What we heard previously that this Nokia 910 may be a version of Nokia’s Lumia 900 for Verizon wireless, with some upgraded specifications including a 12 megapixel camera,.

Considering that we had some official word from Nokia recently that their Lumia devices would be headed to Verizon and Sprint this could possibly be the Verzion version of the 900, as soon as we get some more information we will let you guys know.