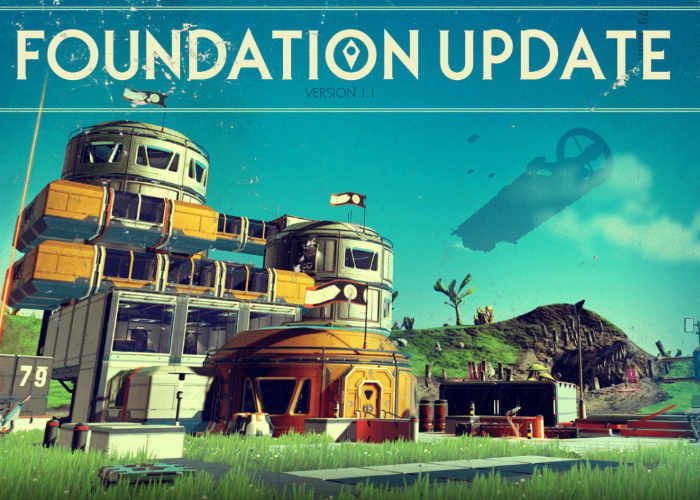 Hello Games developers of the No Man’s Sky game which launched earlier this year have this week released details of the games first major update which will bring with it base building and more to the No Man’s Sky core game.

Check out the No Man’s Sky Foundation Update trailer released by Hello Games to learn more about what you can expect from the version 1.1 update that will add extra content to the space exploration and survival game that has an infinite procedurally generated galaxy for players to explore.

Developed by Hello Games, the indie studio behind PS3 hit Joe Danger, No Man’s Sky is a science-fiction game without limits. If you see a mountain, you can trek there. If you see a planet hanging on the horizon, it’s a real place, with its own rich ecology. You can get in your ship, fly into space and it’s yours to explore. Not just that, but every star in the sky is the light of a sun, with its own solar system waiting for you to discover and find adventure in.

– Explorers can now decide to play with different rule sets, across three game modes:
– Normal mode is the original chilled exploration experience
– Creative mode allows players to explore the universe without limits, and build a huge base
– Survival mode really changes the game, creating a much more challenging endurance experience
– Claim your home planet by finding an uninhabited base and creating your own, fully bespoke outpost.
– Recruit alien lifeforms to help research new technology. Farming, engineer, weapons and science specialists are hirable from Space Stations. Construct your homestead for shelter, using modular structures and decorations, replicated from resources gathered while exploring
– Use Terminus Teleporters in Space Stations to teleport to and from your base at will
– Expand your base with storage containers to stockpile precious resources and rare products
– Find an even more beautiful location and you can simply dismantle your previous homestead to refund all of the spent resources

For more information on the new No Man’s Sky Foundation Update jump over to the official website for details by following the link below.