One of the most popular video games for the Nintendo Wii U game console is Pikmin 3. The game originally launched for the Wii U back in August. Nintendo hoped the video game would help drive sales for the Wii U console, and for a brief time it did. Sales for Nintendo have now declined again and things are looking rather bleak for Nintendo. 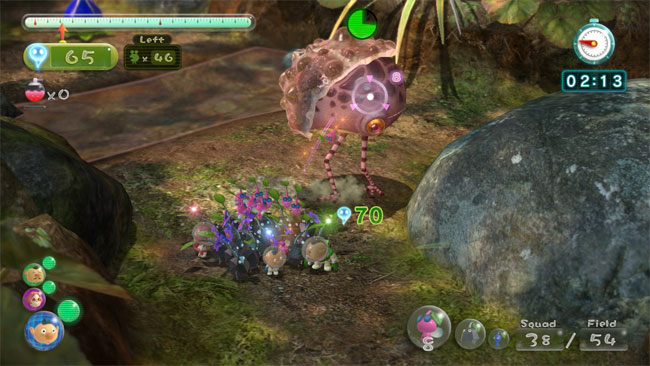 Nintendo has announced that fans of Pikmin 3 on its console can purchase new DLC content via the Nintendo eShop. One of the stages is available at no cost via an automatic software update. The entire DLC content update is available for $1.99. That is significantly cheaper than most DLC content on other consoles that can cost $10 or more.

To access the DLC content the Nintendo Wii U console players will need to be connected to broadband. Players can then purchase and download the new DLC and access the stages from the Mission Mode menu in the game after the games been restarted. The game follows three space explorers lead an army of Pikmin on a mission to find supplies for their home planet. The stages will have more enemies to fight in the Battle Enemies! mission type. This is the second DLC made available for the game since it launched.