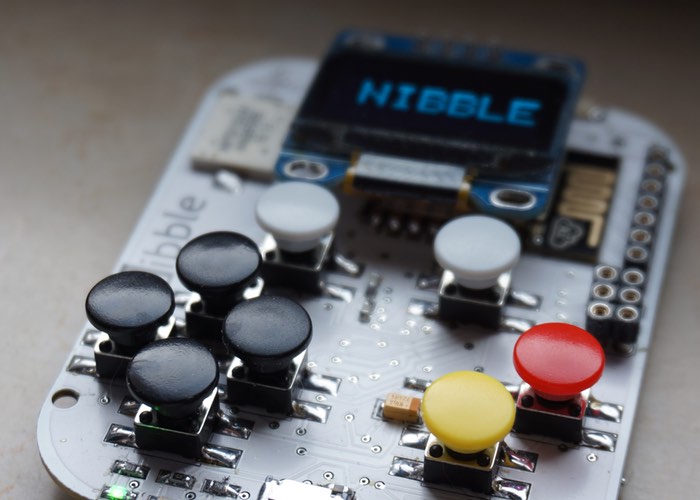 Makers and developers that enjoy building projects using the Arduino platform may be interested in a new portable development platform that has been created by Simone Picchioni called the Nibble.

Nibble has been created to provide users with an all-in-one pocket Arduino development board that includes a small LED screen, Wi-Fi connectivity and a range of input buttons and connections.

Its creator Picchioni explains a little more about the palm size development boards features and functions.

Nibble is an portable device made for users, developers and electronic enthusiasts. Employ it to create amazing projects, develop games/utilities or learn how to program. The only limit is your own imagination…

Nibble integrates everything you need and it is so tiny that fits in your pocket. Never worry again about buying an external battery life for your project because Nibble already integrates a 300mAh LiPo battery that lasts for ~6 hours of playing/coding/making.

It also stands out for a powerful 802.11 b/g/n programmable WiFi module, a microSD card slot, a micro USB port (for data / charging) and an expansion port (ICSP, I2C, digital and analog pins)…

Features of Nibble include :

For more information on the new Nibble Arduino development board jump over to the Kickstarter website for details and to make a pledge from just €44 for early bird backers. If you found this project interesting why not build your very own Arduino wind speed meter or anemometer to record the wind speed in your area.