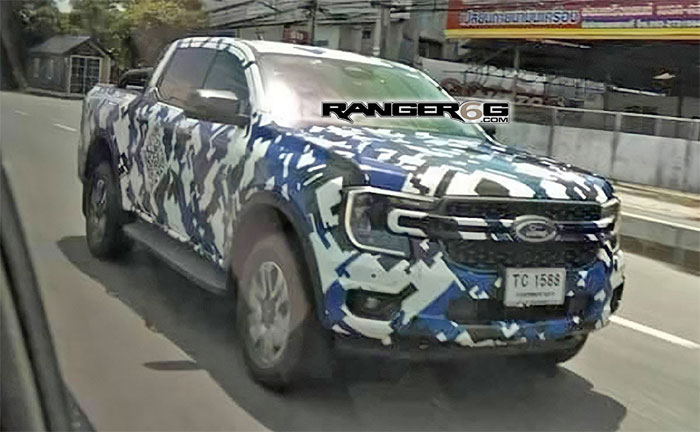 A spy photograph has surfaced on the Ranger6g forum that a member snapped that allegedly shows the next-generation Ford Ranger clad in camouflage. The vehicle’s front looks very similar to what we’ve seen on the Ford Maverick and gives Ford’s mid-size truck more truck-like styling.

The image is allegedly of a 2023 Ranger, and other than a redesigned front end, the truck appears to be mostly the same. The restyled front end certainly brings the 2023 Ranger much more firmly into the Ford familial styling realm than the current generation model.

Making the Ranger and Maverick look more like the F-150 is a no-brainer for Ford. The F-150 pickup is the best-selling vehicle in the US, and its styling is a large part of why so many people buy the truck.