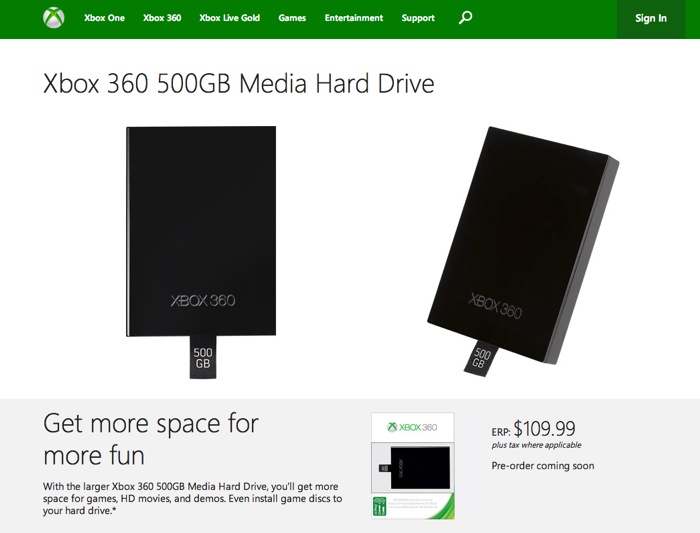 If you find you are running out of storage space on your Xbox 360 games console you might be interested to know that Microsoft has today announced the launch of a new 500 GB hard drive upgrade that will be soon available to purchase for the Xbox 360.

The strange thing about the new 500 GB hard drive for the Xbox 360 is that it has been priced at $20 less than the existing 320 GB Xbox 360 hard drive, that is already currently available.

Unfortunately at the current time an official release date has still not yet been announced by Microsoft that pre-ordering for the Xbox 360 500GB drive is expected to open very soon.

Microsoft is also currently preparing to launch a new Call of Duty Advanced Warfare console bundle that will be equipped with a next-generation Xbox One games console and include a massive 1 TB hard drive together with a copy of the new Activision first person shooter. The Advanced Warfare Xbox One bundle is priced at $500 and will be released on November 3rd in conjunction with the new game.