Microsoft has now confirmed that is Aero user interface will not be available in the final release of its Windows 8 operating system arriving later this year. The Aero Windows theme that provided users with a translucent user interface which was designed to blend into the background.

Aero was first introduced in Microsoft’s Vista operating system, and even though it still remains in the current released on Windows 8, it will be cut from the final release version says Microsoft. 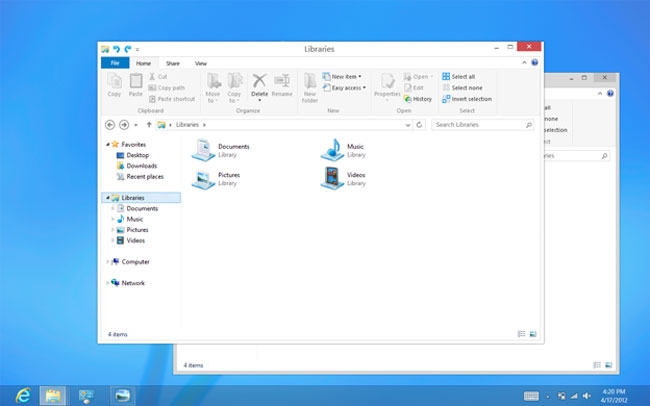 “We want desktop windows to continue to feel light and airy, and we want a chrome style that doesn’t distract from the content of the app … Aero was designed to help the app’s content to be the center of attention, and for the Windows system UI to recede into the background. This is still relevant today, and while we are moving beyond Aero, we don’t want to lose sight of these goals.”

“We applied the principles of ‘clean and crisp’ when updating window and taskbar chrome. Gone are the glass and reflections. We squared off the edges of windows and the taskbar. We removed all the glows and gradients found on buttons within the chrome. We made the appearance of windows crisper by removing unnecessary shadows and transparency.”

The removal of the Aero user interface will hopefully make the new Windows 8 operating system a little quicker on older machine and provide a longer battery life. Together with providing a clean interface for Windows 8 users.