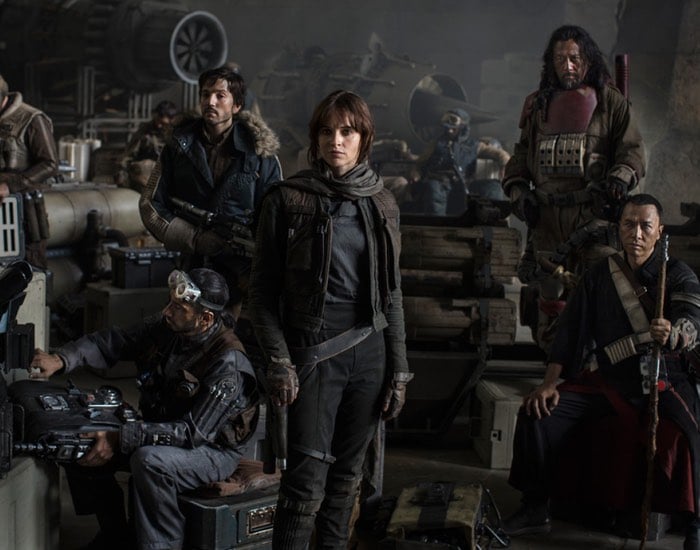 A new official trailer has been released for the upcoming and highly anticipated Star Wars Rogue One: A Star Wars Story movie that will be hitting theatres towards the end of the year on December 16th, 2016.

Check out the latest two-minute trailer below to learn more about what you can expect from the storyline within the latest Star Wars spinoff movie, currently being created by Lucasfilm.

Set in the Star Wars universe shortly before the events of A New Hope, the story will center on a group of Rebel spies on a mission to steal the plans for the Galactic Empire’s new weapon, the Death Star. It will star Felicity Jones, Diego Luna, Riz Ahmed, Ben Mendelsohn, Jiang Wen, Donnie Yen, Forest Whitaker, Mads Mikkelsen, Alan Tudyk and Jonathan Aris.

From Lucasfilm comes the first of the Star Wars standalone films, “Rogue One: A Star Wars Story,” an all-new epic adventure. In a time of conflict, a group of unlikely heroes band together on a mission to steal the plans to the Death Star, the Empire’s ultimate weapon of destruction. This key event in the Star Wars timeline brings together ordinary people who choose to do extraordinary things, and in doing so, become part of something greater than themselves.