We have already seen a dual screen smartphone in the form of the Kyocera Echo, and now the guys over at Engadget have got their hands on a new prototype dual screen Android smartphone.

This new dual screen Android smartphone is the work of two design companies Imerj and Frog, and it features two 3 inch displays which can be folded out into one 6 inch display. 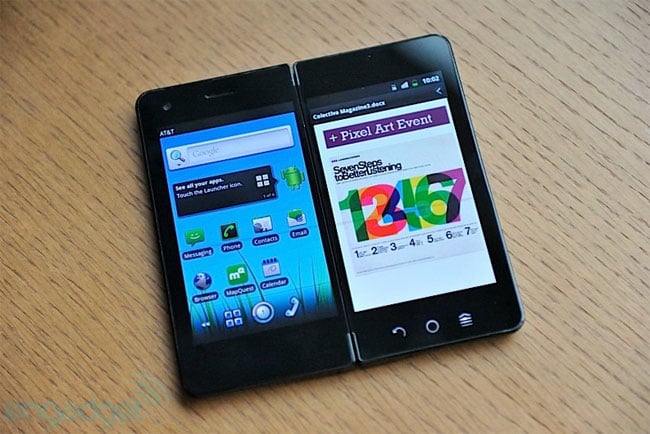 It certainly looks very interesting, head on over to Engadget to check out their hands on video of this new dual screen prototype Android smartphone.