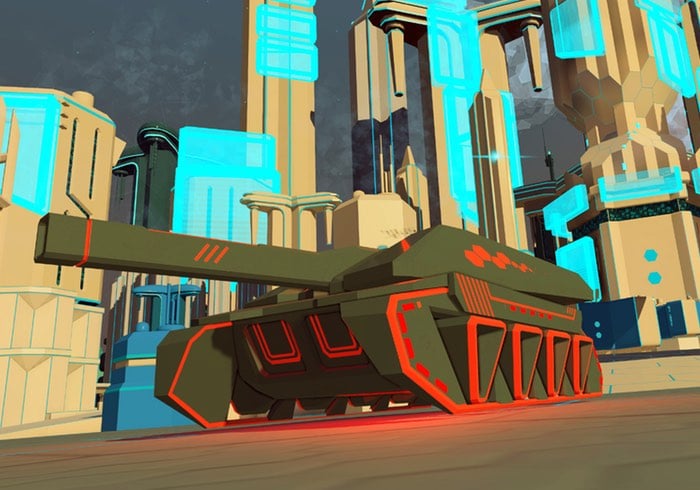 Jason Kingsley Creative Director and Co-founder at Rebellion has taken to the official PlayStation blog today to reveal more details about the upcoming PlayStation VR title Battlezone and introduce a new trailer to whet your appetite ahead of the games official launch during October 2016.

Battlezone will be available to purchase at the launch of the new Sony PlayStation VR headset which is taking place in October 2016. Check out the latest Accolades trailer to learn more about what you can expect from this new virtual reality game.

If you watch closely, you’ll see a ton of things we’ve never shown before. Like the tanks in Battlezone, there’s a lot more going on underneath the hood of our game! Because as much as Battlezone will make you go “wow,” we’ve always said it’s a game at its core, not just an experience.

Battlezone features a diverse roster of mechanized adversaries, from the iconic Heavy Tanks to the shoal-like flying Swarms and the smaller, nimble Scout, which packs a nasty rapid-fire laser machine gun. And did you spot the cameo by the Minelayer? Some of our enemies have some clever tricks up their sleeve — this isn’t your grandfather’s Battlezone!

Until now we’ve only shown you using one or two weapons. But the eagle-eyed among you will see that’s no longer the case. Our arsenal has been designed to befit the super tanks that carries it! Look out for the devastating multi-lock-on launcher and booming artillery gun — they’re just a taste of the many weapons in Battlezone. And as you progress through our procedurally generated campaign, you’ll earn credits that you can use to upgrade them.

In addition to regular weapons, your Cobra tank can also deploy what we call “special equipment.” There are plenty of these in Battlezone, offering everything from area of effect attacks to helpful buffs…

For more information on the new PlayStation VR Battlezone game jump over to the official PlayStation website for details by following the link below.