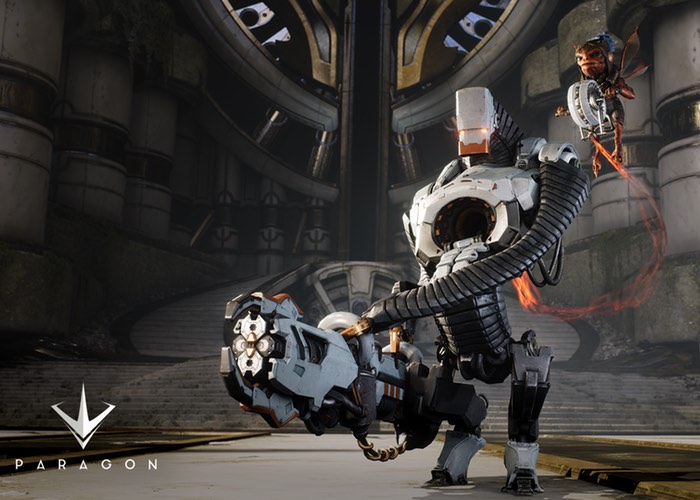 Steve Superville Creative Director for the new Paragon game has taken to the official PlayStation blog this week to reveal more details about the new Hero GRIM.exe coming to the game, and has published a video which can be viewed below providing a good overview what you can expect from GRIM.exe’s special abilities and weapons.

GRIM.exe will be added as part of the latest update which will rollout on Tuesday, May 10th, 2016 and is capable of using his battle unit to attack from a greater distance, whilst his pulse canon features a passive bonus damage every eight seconds.

Check out the GRIM.exe announcement trailer below to learn more, and read what Superville rights on the official PlayStation blog about the new Hero :

His other abilities allow GRIM.exe to shield himself, slow enemies, or knock them back. His Gyro Targeted Force Orb ultimate homes in on a target while passing through objects and non-Hero units.

As always, all Heroes in Paragon are free, so if you’re in Early Access you’ll be able to jump in as GRIM.exe and battle responsibly on Tuesday. If you’re not in Early Access yet, you can pick up a Founder’s Pack to get into the action. See you on the battlefield!

For more information on the new GRIM.exe jump over to the PlayStation blog website for details via the link below.