MySpace has this week opened the doors of its New MySpace website which it starting beta testing last July, and previewed back in September 2012. The New MySpace website has also launched alongside Justin Timberlake’s new single “Suit & Tie” featuring Jay-Z. 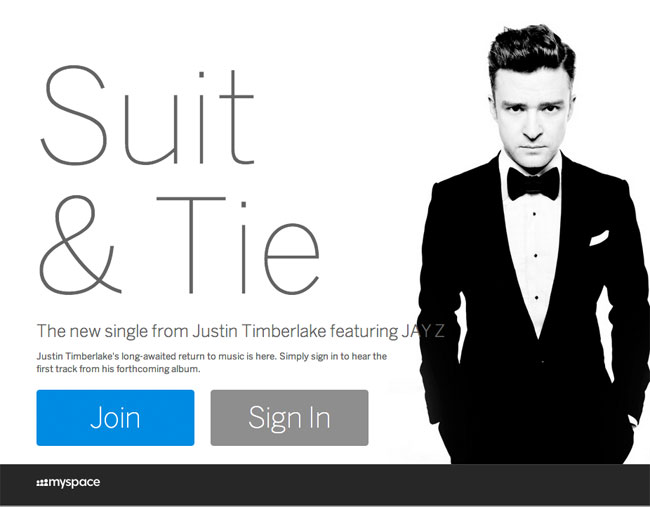 “As with the site’s last major redesign, the clear emphasis here is on music, and music discovery. There’s an audio deck at the bottom of every page, where users can easily play and add songs to their queues, along with a “People” tab where you can subscribe (or “connect,” in MySpace parlance) to status updates from friends and artists. The site’s “Discover” function, meanwhile, brings up a menu of trending music stories, displayed in a Pinterest-like square layout, which you can browse through by horizontally scrolling across the page. Users can also post status updates, photos, or music to a Twitter-like stream, though it doesn’t appear as if these posts can be synced across Facebook or Twitter.”

New MySpace has yet to officially announce the launch of their latest MySpace redesign, but only time will tell as to whether the new design and improvements will be able to pull back users.