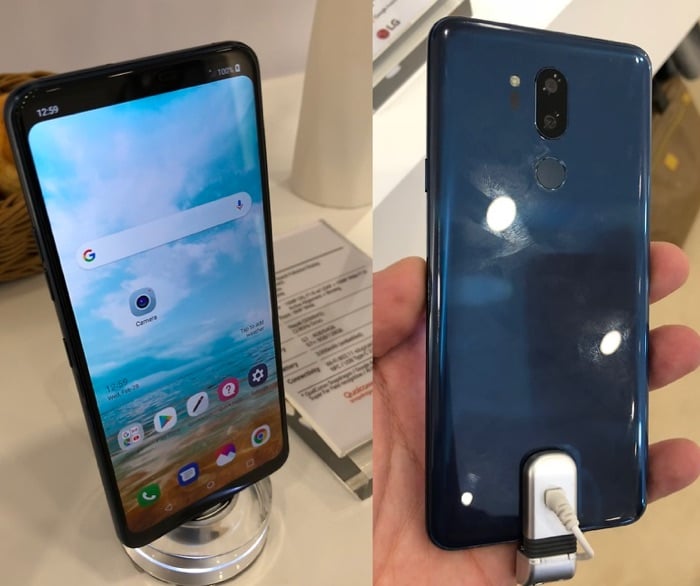 LG have been working on their new flagship smartphone for a while, the handset may launch as the LG G7 or it may come with a new name. According to a recent report we will be seeing LG’s new flagship Android smartphone some time in May.

LG showcased the device at Mobile World Congress behind the scenes and we got to see some pictures of the handset which you can see above.

The company will apparently launch the new LG G7 smartphone in South Korea in May. The handset will come with a Qualcomm Snapdragon 845 processor and it also rumored to come with 6GB of RAM and 128GB of included storage.

Other rumored specifications on the handset include a 6 inch display with a rumored resolution of 3120 x 1440 pixels. The handset will also come with a total of three cameras. There are no details on the front camera but the two rear cameras will each feature a 16 megapixel sensor.

The new LG G7 is also rumored to come with 3000 mAh battery and the handset will come with the latest version of Google’s mobile OS, Android Oreo.  Ass soon as we get some more details on exactly when the new LG flagship will launch, we will let you guys know.