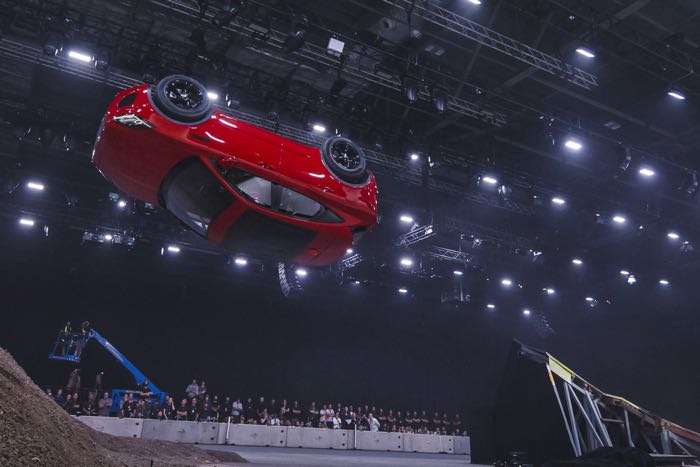 Earlier we heard about the new Jaguar E Pace SUV which was made official yesterday and now Jaguar has released a video of the car setting a new Guinness World Record.

During the press conference for the new Jaguar E Pace, the car completes a 15.3 metre long jump along with a corkscrew barrel roll, have a look at the video below.

The new Jaguar E-PACE has set an official GUINNESS WORLD RECORDS™ title during its world premiere. The compact performance SUV leapt into the record books with a 15.3 metre-long jump complete with a 270-degree corkscrew-like ‘barrel roll’.

Demonstrating the agility, precision and performance of Jaguar’s newest SUV, the feat was the final test for E-PACE after 25 gruelling months of work across four continents to ensure extreme durability and that it lived up to Jaguar’s Art of Performance philosophy.

You can find our more details about the world record set by the Jaguar E Pace SUV over at Jaguar at the link below.