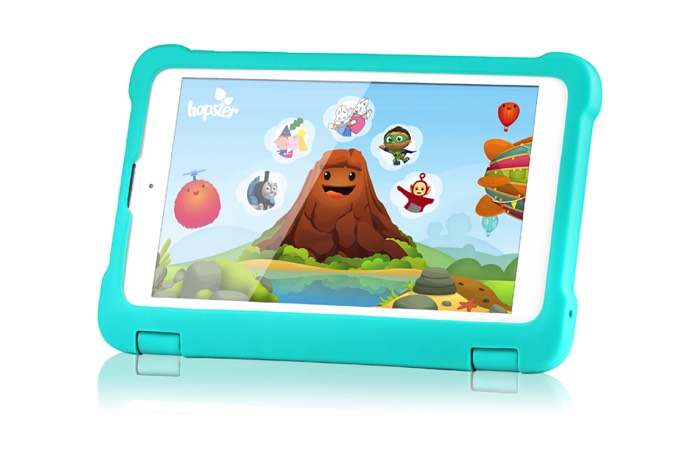 EE has launched a new version of their EE Robin Kids tablet and the new tablet comes with a range of upgrades over the original device.

The new EE Robin tablet will costs £129.99 on pay as you go, it will also be available on contract with plans starting art £17 a month.

EE, today unveiled the next generation of the popular 4G tablet designed specifically for parents and their children – the Robin. Available to buy in EE stores, online and from EE telesales immediately, the Robin now comes with new single player and multiplayer motion gaming, a new and improved Hopster learning & entertainment app, a new kickstand making it easier for children to take the device with them and watch their favourite shows with their friends and family – as well as improved storage capacity.

Compelling high-quality content:The new Robin comes with over 40 pre-loaded games, educational apps and eBooks, including hits such as Subway Surfer and Motion Sports. Motion Sports specifically allows children to compete interactively with motion gestures via the inbuilt camera. New content can easily be downloaded and added to the Robin through the Google Play app store, with every new piece requiring approval by the parent before children can access it.

You can find out more information about the new EE Robin kids tablet over at EE at the link below.