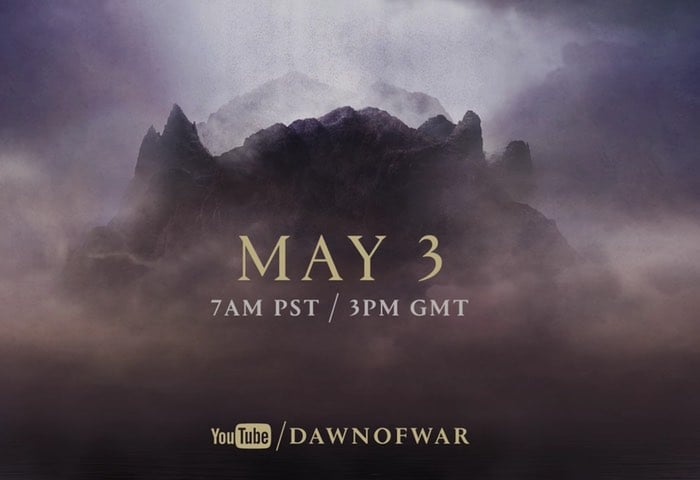 Gamers waiting for the rumoured new Dawn of War Warhammer 40K real-time strategy game, will be pleased to know that its has now been officially announced and more details will be available later today at 3pm GMT or 7am PST time.

A brief YouTube teaser trailer was published but provides little more than the, date and times you can expect more details about the RTS game to be announced.

As soon as more details are announced later today we will keep you up-to-date as always. The first game in the series was a traditional base-building RTS, that paved the way for three substantial expansions. Lets hope there is more to come very soon.

Warhammer 40,000: Dawn of War is a military science fiction real-time strategy video game developed by Relic Entertainment and based on Games Workshop’s popular tabletop wargame Warhammer 40,000. It was released by THQ on September 20, 2004 in North America and on September 24 in Europe. Since its release, three expansion packs have been released: Winter Assault in 2005, Dark Crusade in 2006, and Soulstorm in 2008. The sequel, Dawn of War II was released in February 2009.

Gameplay is initially focused on capturing and holding strategic locations on the battlefield. These control points are captured by infantry squads and provide resources to construct additional units and buildings or unlock certain units in an army’s tech tree. Battles are won either by holding a certain number of control points for a period of time or by destroying all of the opposing armies’ HQ structures. A number of special conditions are available to choose from to customize matches.