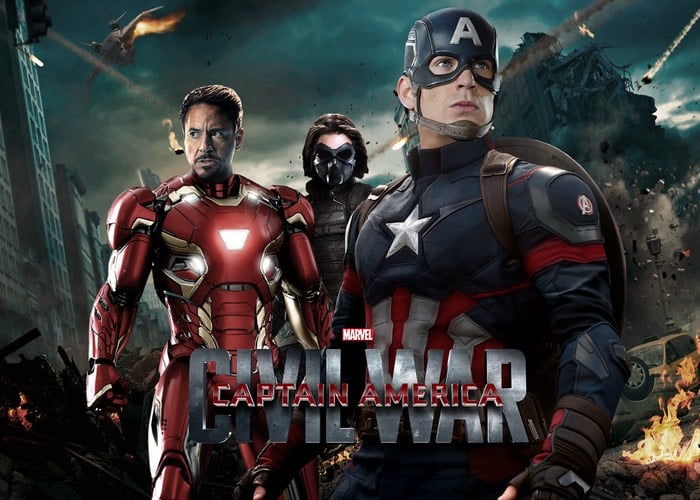 During the Super Bowl last night a new teaser trailer was aired for the upcoming Captain America: Civil War movie that is set to be released worldwide on May 6th, 2016.

The 40 second teaser trailer provides a quick glimpse at what you can expect from the movie which after political interference in the Avengers activities causes a rift between the former allies of Ironman (Tony Stark) and Captain America.

Captain America and the Avengers continue to protect the world, but the team becomes fractured into two opposing factions, one led by Captain America and another by Iron Man, after extensive collateral damage prompts politicians to pass an act regulating superhuman activity with government oversight and accountability for the Avengers.