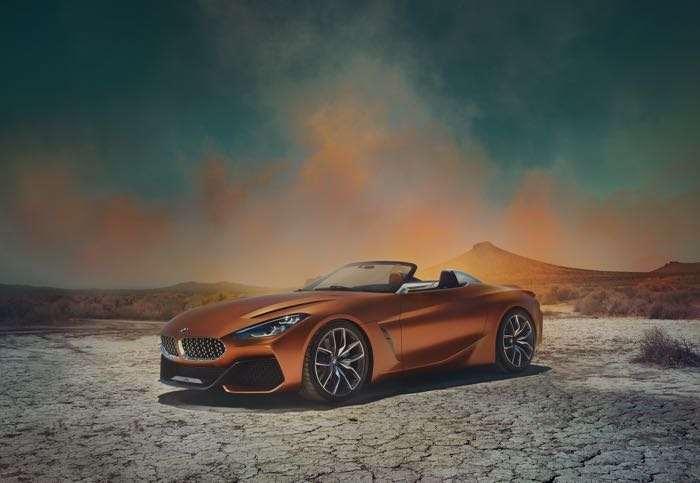 If you have been wondering what the new BMW Z4 will look like, BMW have now revealed a concept version of their new roadster, which the final car will be based on.

The new BMW Z4 is due in 2018, the final car will not look exactly like this one in the photos, but it will be very similar. 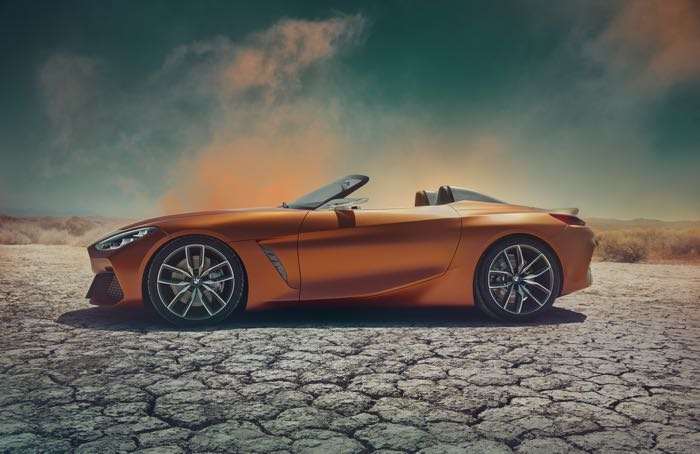 The BMW Group is using the Concours d’Elegance at Pebble Beach to present its exciting new take on a BMW roadster. Dynamic, progressive and an irresistible purveyor of thrills, the BMW Concept Z4 boasts lithe and compact proportions, a dynamic silhouette and an emotionally appealing use of forms. The attention-grabbing design study offers a look ahead to the series-production version of the car set to be unveiled over the course of next year.

“The BMW Concept Z4 in an all-out driving machine,” said Adrian van Hooydonk, Senior Vice President BMW Group Design. “Stripping the car back to the bare essentials allows the driver to experience all the ingredients of motoring pleasure with supreme directness. This is total freedom on four wheels.” 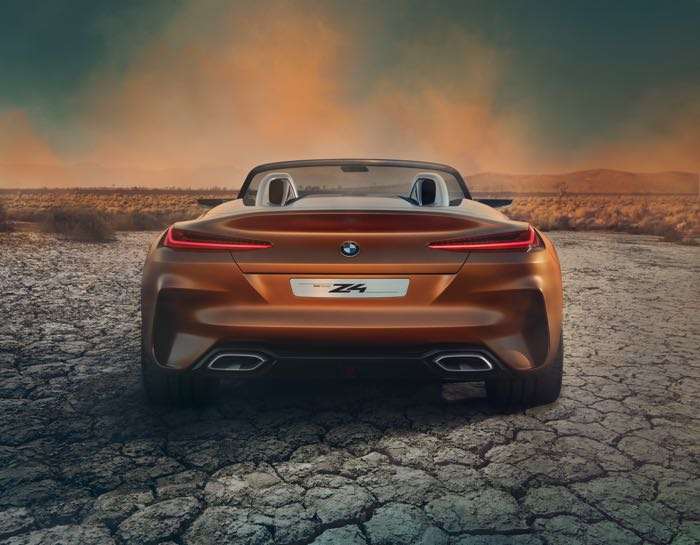 You can find out more details about the new BMW Z4 Concept over at BMW at the link below. As soon as we get some more details on the final version of the Z4 we will let you guys know.