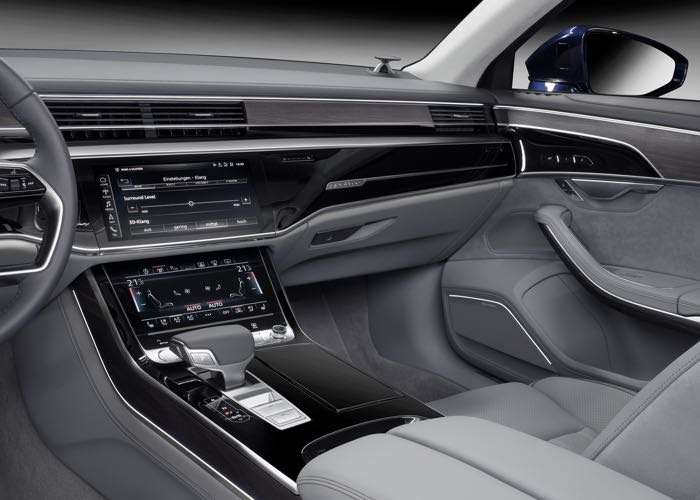 Audi has announced that their new Audi A8 will be offered with 3D sound. The car maker has teamed up with Bang & Olufsen and has created a new Bang & Olufsen 3D Advanced Sound System with a massive 23 speakers. 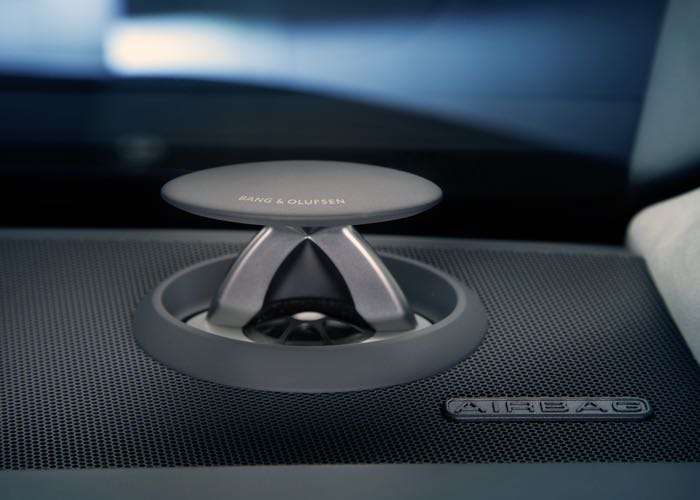 When the infotainment system is switched on, the two tweeters extend electrically out of the instrument panel. Thanks to Acoustic Lens Technology from Bang & Olufsen, they ensure that the sound is distributed in a horizontal 180-degree fan. Individual amplifier channels supply each loudspeaker. To produce the 3D sound, the new sound system draws on an algorithm that Audi has developed in partnership with the Fraunhofer Institute in Erlangen. It uses stereo or 5.1 recordings to calculate the information for the third dimension and processes it for the four 3D loudspeakers. This occurs dynamically; in other words, the algorithm adapts individually to the recording to avoid causing any distortion to the sound.

You can find out more details about the new Bang & Olufsen 3D Advanced Sound System for the Audi A8 over at Audi at the link below.