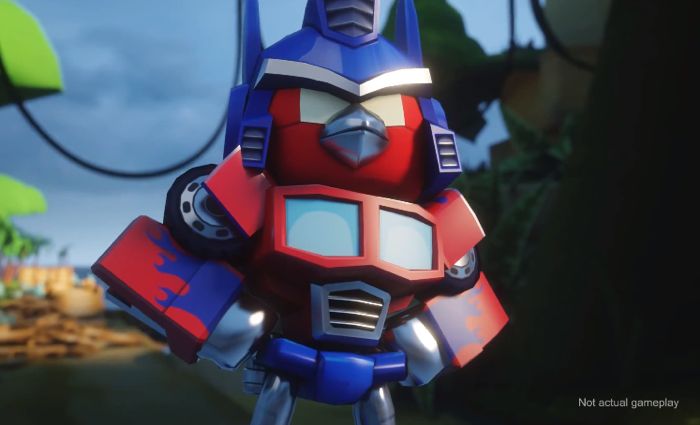 Last month Rovio announced that they were teaming up with Hasbro for a new Angry Birds Transformers game, and now the company has released a new trailer for the game.

As yet Rovio have not give any details on the gameplay of the new Angry Birds Transformers game, although the video below could give us a clue.

So it looks like Rovio will launch another new game which will have a different play style than its original Angry Birds games. The company did this with Angry Birds Go, which is a racing style game and also with Angry Birds Epic, both were popular games for the company.

As yet Rovio has not released any details on when the latest Angry Birds game will be released, we can expect it to launch on Apple’s iPhone and iPad and on Google’s Android devices.

As soon as we get some more information on exactly when Angry Birds Transformers will launch, as well as some more details on what the game will be like, we will let you guys know.