NEC has unveiled three new devices that will be showing off at Mobile World Cup Congress next week in Barcelona, Spain. The three devices are all Android 4.0 LTE handsets that aren’t likely to come to the United States. NEC smartphones and tablets generally stay in Japan. 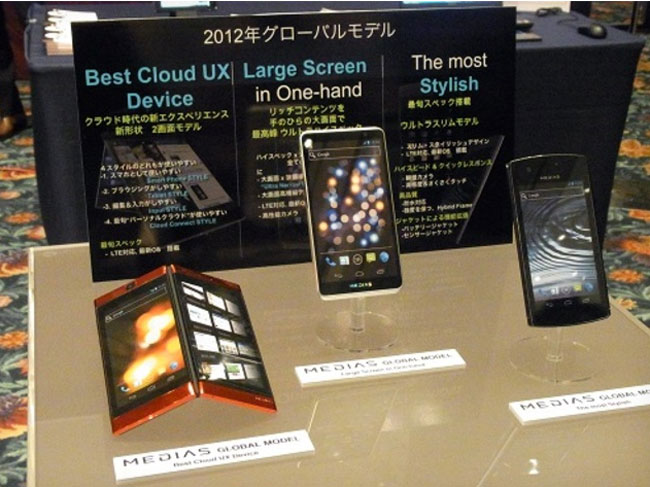 The coolest of the three devices is called The Best Cloud Device. The strangely named little tablet has a folding screen and it remains me a little of the Sony Tablet P. The big difference though, is that the NEC unit has the screen on the outside of the case rather than inside. That means when folded you touch the screens whereas when the Sony tablet is folded you touch the plastic case.

NEC is keeping the specs a secret at this point and we only know that the tablet has a large battery for longer runtime. The next device is called the Large Screen in One Hand and is a large screen smartphone with a very narrow bezel. The other is a rather plain looking device despite being called The Most Stylish that is waterproof and has a fast acting camera. Full specifications should surface next week.