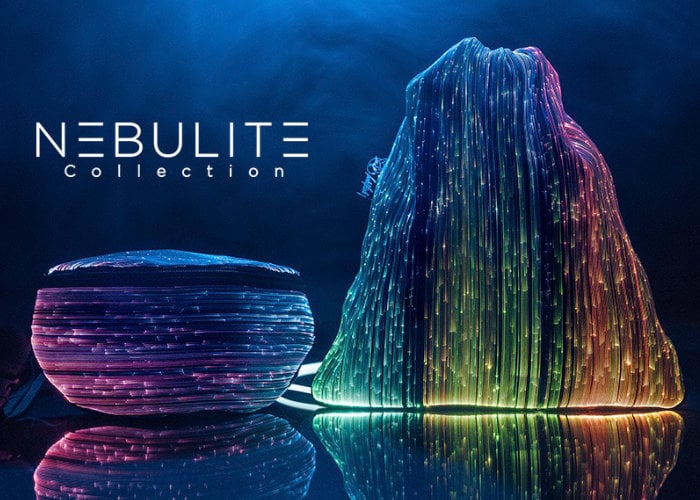 Designer Veit Nachtmann based in Berlin, Germany has created a new version of this illuminated bag in the form of the NEBULITE Collection. Constructed from a unique fibre-optic material the illuminated bags can be controlled using the companion smartphone application and are powered by a USB battery pack normally used to charge your smartphone while away from the grid. 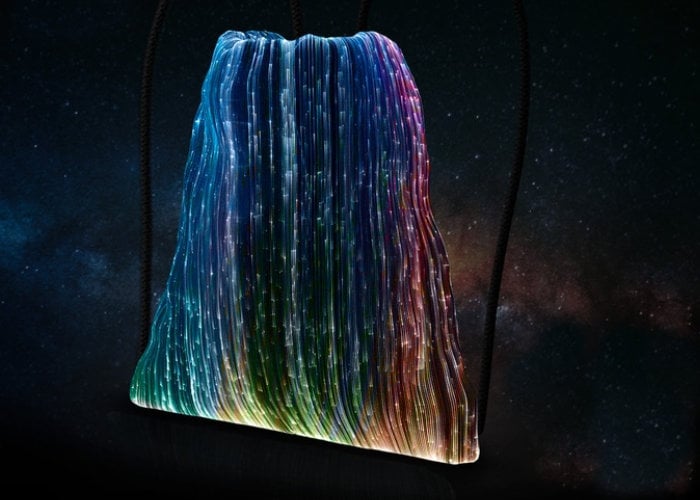 Watch the demonstration video below to learn more about the smart illuminated bags which are currently available as either a drawstring rucksack or fanny pack. Early bird pledges are available from €30 with worldwide delivery expected to take place during June 2019.

“No other party gear is so stylish and useful at the same time. From a stealthy black to full-on rainbow — Only you control the spectrum of your style. Smooth, low lighting or bouncing with a beat detection? The choice is yours. One thing is certain: NEBULITE is so much more than just a pretty bag! The NEBULITE fanny pack and drawstring backpack aren’t just illuminated. With the built-in SMART controller they boast an insane range of features — all provided by the integrated motion sensor, audio detector, 85 dB loud alarm, and at its heart: the Bluetooth 5.0 capable processor. “

To be one of the first backers to own a new NEBULITE Collection illuminated bag jump over to the Kickstarter campaign page by following the link below.