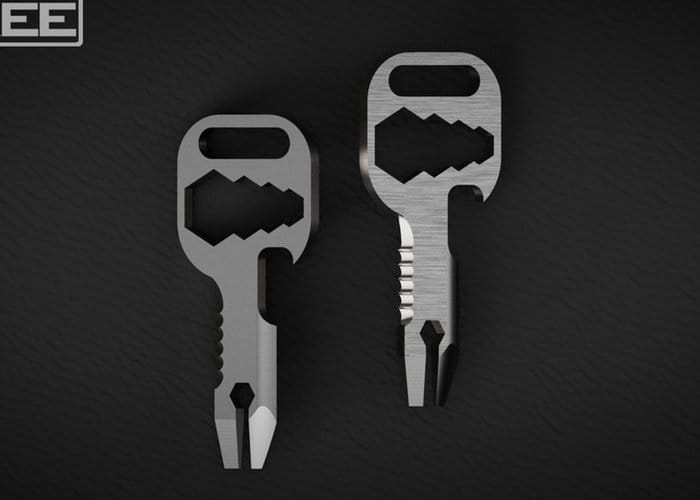 Designer and serial Kickstarter entrepreneur Narbeh Khoygani, has once again taken to Kickstarter and has already raised the required funds needed to take the MyKee 2.0 Grade 5 Titanium Multi-Tool Key into production. The small key-sized titanium multitool incorporates 20 tools in one handy versatile multitool which has been specifically designed to provide both function and style for the utilitarian. To learn more about its design and toolset watch the demonstration video below which explains more about the features of the second generation MyKee design.

Building on the design of the first generation MyKee the latest design incorporates more functionality and has been designed to fit the widest range of “personalities and activities”, says its designer. MyKee 2.0 has been constructed from Grade 5 Titanium to provide users with the perfect weight to strength ratio as well as being highly resistant to corrosion.

New features on the MyKee 2.0 titanium multitool key include an all-new claw and blade which allows you to cut through a variety of ropes ranging from synthetic to natural fibres. While the redesigned front claw offers a asymmetrical slant that improves the functionality when opening lids and cans.

MyKee 2.0 has already raised over 10 times its required pledge goal thanks to over 440 backers with still 46 days remaining on its campaign. If you are interested in receiving your very own MyKee 2.0 multitool, it is now available to back with earlybird pledges starting from $30 or roughly £22, with shipping expected to take place during May 2018. For more details jump over to the official Kickstarter campaign page by following the link below.