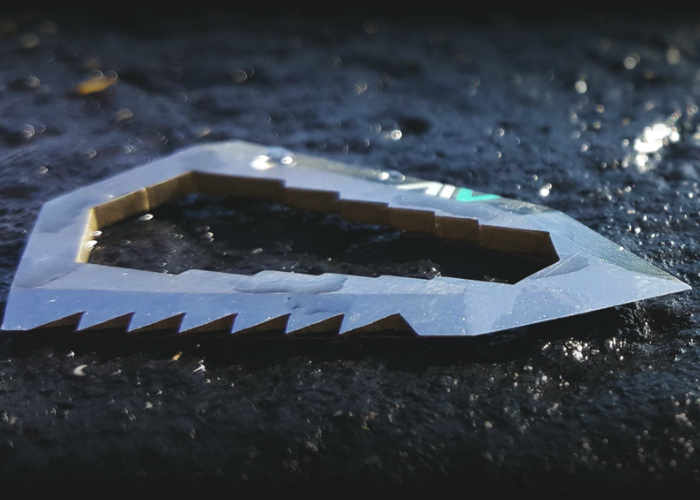 Archwing has once again taken to Kickstarter to raise funds to take their new Sharktooth titanium multitool into production, building on the design of their previous multi-tools to create a second-generation utility pendant that provides 16 tools in one convenient and very rugged design. Watch the demonstration video below to learn more about the Sharktooth titanium multitool and its features.

The Sharktooth is now available to back with pledges starting from $29 for earlybird backers with worldwide shipping available which is expected to start during February 2018. Archwing He is hoping to raise $55,000 over the next 40 days to help create the machining levels required to produce their Sharktooth titanium multitool.

Tools on the Sharktooth include a focal point blade, tending one wrench set paradimic razor tip, arrowhead, precision cut saw teeth and 90° scraper edges and pry tool. For more information jump over to the official Kickstarter campaign page by following the link below