MSI has unveiled a new world record breaking creation with the launch of its new N580GTX Lightning graphics card boasting a record breaking 1665MHz Core from a single-card, single-core setup.

The 1665MHz is the fastest ever frequency recorded by the GTX 580 range thanks to German overclockers BenchBros. Who pushed the card to its limit making it 215% higher compared to the default value, in order to acheive this record. 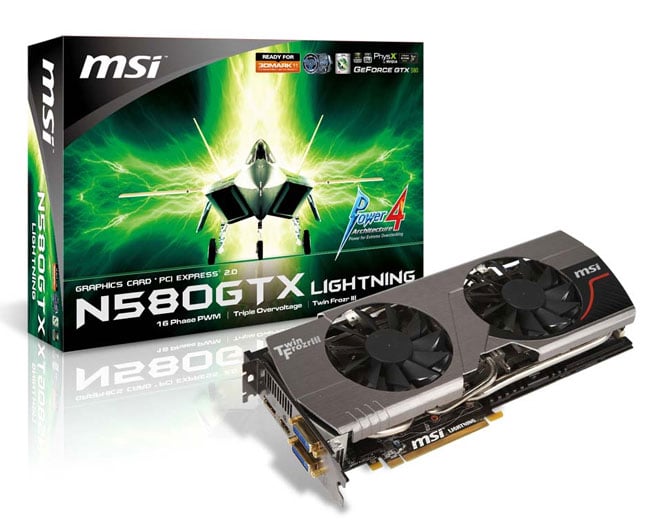 Splave, who hails from the U.S., has applied LN2 extreme overclocking to MSI’s N580GTX Lightning and successfully achieved a new single-card world record in Unigine Heaven with a score of 2501.96 points