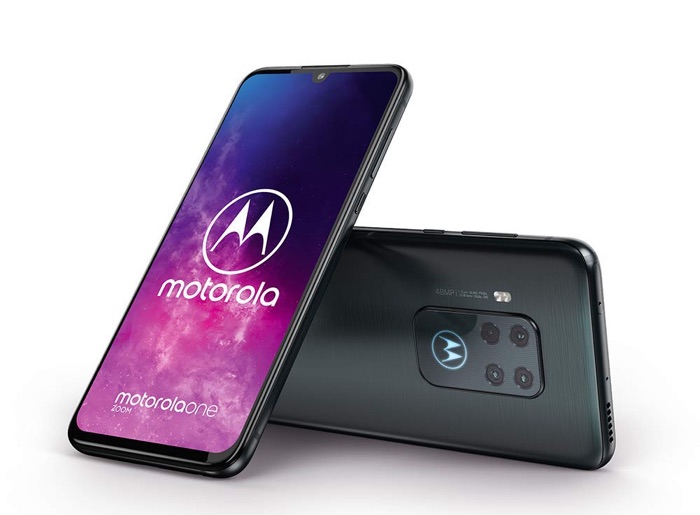 We have already seen a number of leaked press renders of the new Motorola One Zoom smartphone and now the handset has appeared on Geekbench.

The devices is listed with Android 9.0 Pie and 4GB of RAM, we also heard previously that it would come with a Snapdragon 675 processor and 128GB of storage. 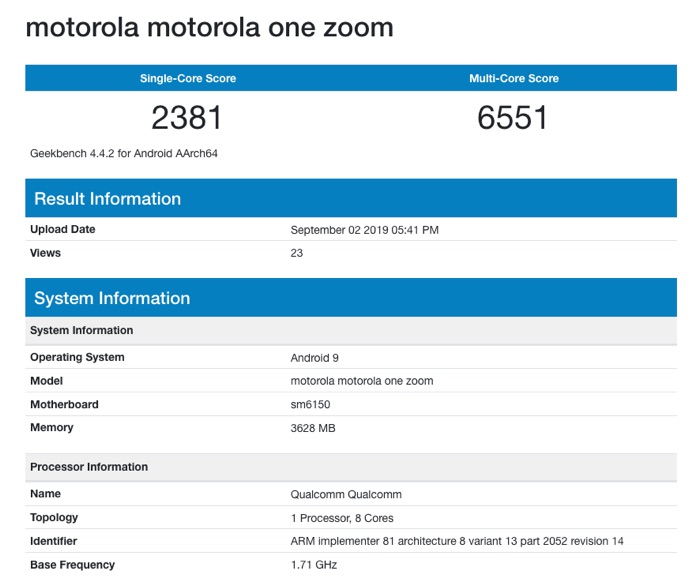 The new One Zoom smartphone will come with a 6.4 inch AMOLED display and it will feature high end cameras on the front and back.

As yet there are no details on when the new Motorola One Zoom will launch, as soon as we get some more details about the release date, we will let you guys know.