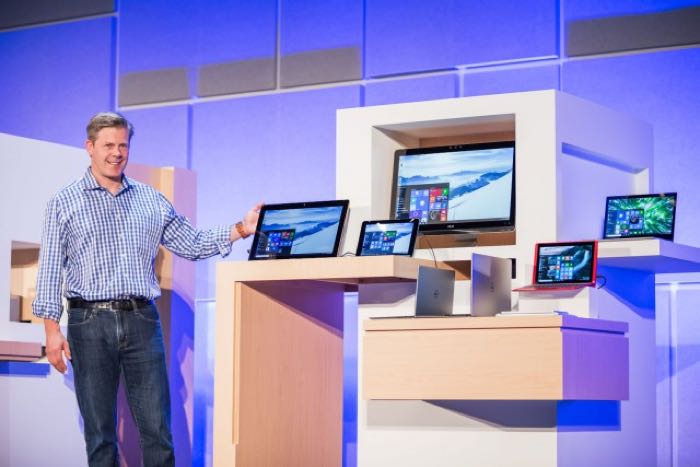 Microsoft’s Windows 10 OS will launch on the 29th of July and now the company is showing off some new hardware for their OS at Computex.

We have already seen a number of new devices unveiled this week that will come with Windows 10 and Microsoft have said there will be a lot more new devices launching when Windows 10 is released.

Some of the most premium and iconic Windows desktops and laptops are specifically designed for PC gamers who require high-end graphics hardware, high CPU performance, memory, power efficiency and enhanced audio. We showcased some incredibly well-designed desktops including the Dell Alienware 51 and the Origin Millenium that run on the most powerful chips and are equipped with unrelenting tools for efficiency, power cooling and noise control. We also showed powerful gaming laptops including the new MSI GT72 Dominator Pro, the first notebook to feature built in eye-tracking technology, that was announced here at Computex, and a new 14-inch Razer laptop with big razor-sharp touch-enabled displays, cutting-edge graphics, advanced cooling and other features that enhance game play no matter where you are.

You can find out more details about some of the new Windows 10 devices that are coming in the next few months at the link below.