The Mercedes AMG GT will replace the Mercedes SLS AMG, it is scheduled to launch in the fall of 2014, and now Mercedes has released the first official photo of the new AMG GT.

The photo of the new Mercedes AMG GT is an interior shot instead of an exterior one, and we suspect the company will continue to tease this new AMG GT before it gets official later this year. 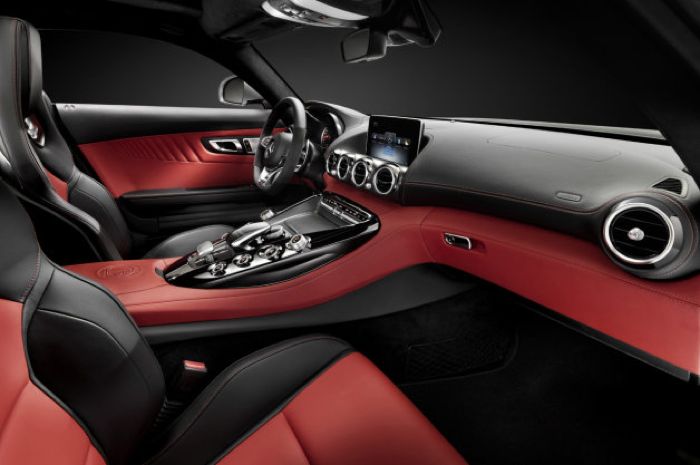 “The new Mercedes-AMG GT proves that we will be positioning AMG as a dynamic sports car brand even more strongly and aggressively than before,” notes Tobias Moers, CEO of Mercedes-AMG GmbH. “The technological substance of the Mercedes-AMG GT underscores our high aspirations with regard to vehicle dynamics, agility and sportiness. Following the global success of the SLS AMG, the new GT is the second sports car developed fully independently by Mercedes-AMG. A first exclusive look at the design of the interior shows what is in store for our customers: a GT sports car in its purest form.”

As soon as we get some more details on the new Mercedes AMG GT, including some extrior photos, we will let you guys know.