Medion has announced the official launch of a new seven-inch multimedia tablet. The tablet is called the Lifetab E7310 and it features a seven-inch screen and runs Android 4.1 for the operating system. The tablet won’t exactly break any benchmarking records, but it has an impressively cheap purchase price. Medion will be selling the tablet for £77. 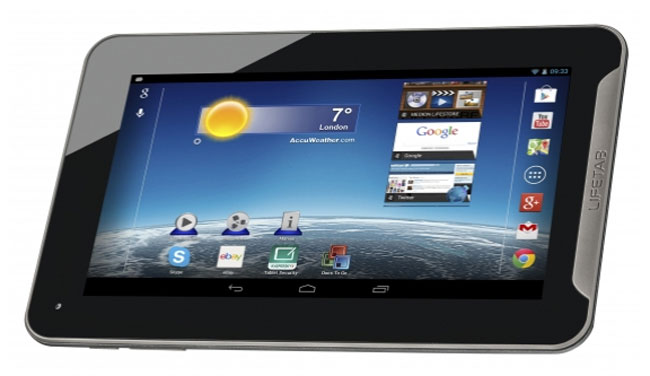 The seven-inch screen has a native resolution of 1024 x 600 and supports touch interaction. The tablet is slim and weighs 305 g. The processor under the hood is an ARM Cortex A9 processor running at 1.4 GHz and featuring dual cores. The tablet also has 8 GB of internal storage. Storage can be expanded up to 64 GB using memory cards. The tablet also has integrated Wi-Fi and Bluetooth.

The tablet is equipped with a USB 2.0 port and has USB host function allowing data to be transferred to and from the tablet without using a computer. Other hardware features of the tablet include a two-megapixel rear camera and a 0.3-megapixel front camera. The tablet will be available on November 15th in ASDA stores and online. The price also includes a 24-month warranty.